So in our old stack, recall that we had three resources. We had a lambda, a DynamoDB table, and the role that allowed the lambda to write to the DynamoDB table. We are going to create the same thing inside of this nested demo here.

So the first thing that we should see is that we actually have four templates going on here. There's a parent. JSON and this is the one that we'll actually be interacting with when we submit it to the cloud. That is because, as we were discussing before, there's this notion of nested stacks where we have a pointer only to the master stack template, which we can see is the middle resource being admitted from the user on the left-hand side there. And it is the resource stack in the top right where the child stack is that AWS CloudFormation stack resource inside of the master stack as a pointer to another stack. Note there that we must upload templates to S3 since the master stack references the bucket and key of the child stack template.

Okay, so so now that we know we're going to create an example of one of these net CloudFormation nested stacks, let's take a look at what it actually looks like. So in our original example, we had three resources and they all depended on each other. And we made it two outputs that we could use for testing. Now our parent stack should also have two outputs, table name, and Lambda names so our tests still run, but we can construct the way that we actually return the parameters significantly differently. Rather than depending on direct resources, note that we actually have only two resources and the parent.JSON file, the child stack A and the child stack B. These are two actual CloudFormation stacks that we will be using to create the other resources.

So let's take a look at inside of the child A. Note that there is not a parameters block since it's optional. All I've included is resources and outputs. The outputs in this case or what are returned to the parent stack as the fn.getAttributes attributes. We reference the stack and then outputs. and then the output name is the correct namespace for referencing outputs on a compound CloudFormation stack or a nested CloudFormation stack. This is the same DynamoDB table definition that was in the other one, however, the rest of the stack is different in that it's the only resource we're creating, and then we simply return the table. This is, of course, a contrived example just to illustrate the level of complexity that we can get with stack dependencies. And you would probably not create a single resource inside of a nested stack pattern. However, this is a great way to illustrate that we can indeed pass outputs from one stack to the other.

Now looking back at parent, in addition to child stack A after we've created child stack A, which included the DynamoDB table, we now have the ability to run child stack B and depend on child stack A for attributes that we need to get. So here we're actually passing the output of the first stack into the input or parameters of the second stack. I still have a pointer, which is just a normal S3 URL that I must have access to. Then if we go and look inside child stack B, we see a couple of resources. We see that there's one parameter just like we were passing in from the other stack. Note that the parents passing in the Dynamo table name, and that the child is receiving a Dynamo table name. All I've done is set the type to be string and we have two resources here.

So this looks, again, the exact same as it did in the other example. All we've done is move it to a separate stack. Again, there's no advantage here because it's a single resource, but in reality, we would create this as perhaps the application layer or network layer, any logical grouping of resources.

So the combination of these four stacks are actually achieving the same thing as this example.template from our previous example when we ran the CFN wait, which means we should be able to run the same exact tests on this nested stack as we did with the waiting stack. Note all I've done is change the relative paths, but my commands are all the same as they were before, with the exception that I use a template URL rather than directly uploading the parent.JSON script.

So just like our other stack, we should expect to see the same waiting life cycle since we're only interfacing with the parent.JSON and using pointers. Note here that I have four uploads. This is simply me uploading the latest version of the stacks into S3 so we can make sure that we're deploying up to date. You would want to use a similar line inside of your continuous integration and continuous deployment system. If you're going to use this nested stack technique in conjunction with the automation techniques that we already learned for events and polling for completion.

If we go to the CloudFormation console, we should see that nested one, which is our parent stack is create in progress. We can see that it has a child resource, which is this other stack that we see creating. This is simply child stack A. If we look inside of child stack A, we should see that child stack A is actually creating a concrete resource, this Dynamo table, and it's not quite done acknowledging that the stack is finished. Now it is. It takes a moment for a nested stack one, the parent stack, to register that the child stack is finished. There's a slight delay since it's long-running.

As we can see, the ping cycle is still continuing and working as expected. It recognizes that the create in progress status is still on the nested stack with the parent stack here. We have create complete from the grandchild, so the grandchild should register as complete from within its parent quite soon. There we go. The stack itself registers as complete, then child stack A and B are then both complete, which are all of the resources in the parent. And then we see that the stack registers itself as completely done. We still get the correct outputs, and if we go back and look, we see that our continuous integration system noticed that the create complete event was emitted, then got the correct outputs and ran our same test again.

So we just walked through a very complex nested stack that was broken down into four separate pieces with parent/child relationships and actually child/grandchild relationships, saw that the dependencies all worked together well if we constructed the parameter pass arounds correctly. And then saw that we can actually use the techniques that we learned earlier on in the course, the continuous integration code and techniques, in conjunction with the advanced techniques, like nested stacks. They do not make each other more complicated and they just work together.

Anyway, that's the end of this demonstration. Next up, we will be talking about CloudFormation custom resources. 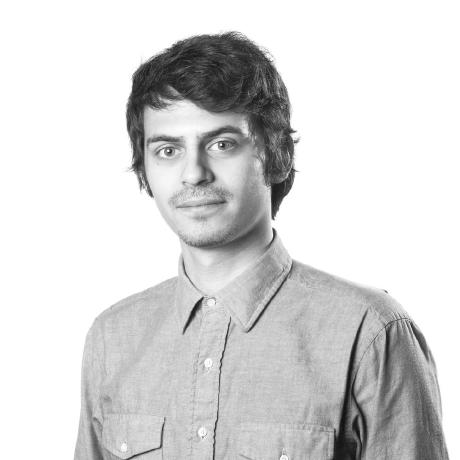