The AWS Technical Fundamentals course (AWS 110) is the introduction to Cloud Academy's comprehensive Amazon Web Services learning tracks series. While subsequent courses in this series will explore individual AWS service categories (like networking or data management) and broader skills (like design principles or application deployments), this course offers a brief summary of everything that AWS has to offer. Technical Fundamentals is also the introduction to the 100 level courses (the AWS Technical Foundation Track) which, in turn, lays the groundwork for our 200 series (intermediate level skills) and 300 series (advanced skills).

AWS regions and availability zones. One of the most important and misunderstood fundamentals of AWS is the concept of regions and availability zones. It is imperative that you get a good feel of what these concepts refer to, and how they are different from each other, as they will guide your application architecture decisions. In particular, relating to geographic proximity to your end users, as well as highly available application design geared to minimize down time. Let us start with the larger view, and discuss AWS regions first.

You can think of AWS regions as fairly independent collections of data centers within a specific geographic area. In all cases, each AWS region is contained within the same country. As of the time of writing this course, the 11 AWS regions are as follows. To decode these, U. S.

East for instance, is the AWS region's name. Northern Virginia is its location, and US-East-1 is its identifier. Note that Gov Cloud and China are not automatically accessible for all users when signing up for an AWS account. Additionally, the China Beijing region is currently in a limited preview, where they are accepting applications from companies based in China. As you can see, regions exist within a single country, and in many cases, within a single state or even city.

You may also notice that they have unique codes or identifiers for each region. This will become very important later on. As for most AWS services, you have to choose which region to use before starting to interact with the service. So for example, if you want to start a new virtual machine in the Singapore AWS region, you have to explicitly choose that region first. AWS provides different API end points for each region.

The first part of the identifier, US, SA, EU, AP signifies which part of the world they are in. In other words, United States, South America, European Union, and Asia Pacific. Why is this important? There are several reasons. Perhaps the most important involves the location of your data. By choosing which region to store your data or run your applications, you will know in which country your data is stored. This can often be essential in cases where you process or store data that has to be contained within a particular country. Secondly, you may wish to host your data or run your applications in a location close to where your users will be, or perhaps close to where you are, if there is a lot of data to be uploaded or downloaded. Typically, the latency between locations more geographically distant may be longer, meaning that response times will be longer as well. Let us do an experiment to see which AWS regions are closest to us in terms of latency. You can also do this on your own, and the results will most likely be different due to your location. Let us go to the following web address: www.cloudping.info, and click the http ping button. After a little while, you will see different latency times come back. These are measured in milliseconds, ms, and you will probably see the timing vary a lot. You may want to choose a region with a relatively low latency time for your next project, to keep the delay to a minimum. Not all AWS services are bound by the AWS regions, however. One example of a service that operates across all of the nine core regions is identity and access management, IAM. It is therefore important to understand regional affinity policy on a service-by-service basis. All AWS regions were not created exactly equal either.

To specify which availability zone you want to deploy something to, you simply add a letter at the end. The two availability zones in Singapore are designated as A or B. Therefore, the full identifier for these two AZs will be ap-southeast-1a, and ap-southeast-1b. It is important to note however, that even though the AZs are separate data centers, each AZ in an AWS region is interconnected with high speed, high capacity network connectivity. This allows you to deploy some EC2 instances in one, and some in the other availability zones at the same time for the same application. One of the main reasons for doing this is to have a fault-resilient architecture, where your application can continue working and serving your users, even if there's a catastrophic event that takes down an entire data center, AZ. We'll get into a lot more detail about this in the future courses. But hopefully, this already gives you a taste of the potential options for designing highly available applications in AWS. 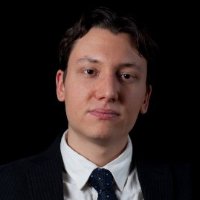 Antonio is an IT Manager and a software and infrastructure Engineer with 15 years of experience in designing, implementing and deploying complex webapps.

He has a deep knowledge of the IEEE Software and Systems Engineering Standards and of several programming languages (Python, PHP, Java, Scala, JS).

During his past working experiences, he designed and managed large web clusters, also developing a service orchestrator for providing automatic scaling, self-healing and a Disaster Recovery Strategy.

Antonio is currently the Labs Product Manager and a Senior DevOps Engineer at Cloud Academy; his main goal is providing the best learn-by-doing experience possible taking care of the Cloud Academy Labs platform.