Getting the Most from DocumentDB

It's been common, if inconsistently applied, knowledge for many years that relational databases are a less-than-ideal fit for some types of software problems. Indeed, entire categories of software development tooling, such as object-relational mappers (ORMs), exists to bridge the gap between highly normalized relational data and in-memory, object-oriented representations. In practice, ORMs can create as much complexity as they alleviate, so developers began looking at the relational database itself as ripe for potential disruption.

Thus came the rise of NoSQL and databases that eschew the traditional rows/columns/tables/foreign keys metaphor for other choices like JSON document stores, graph databases that represent data and relationships as nodes with connecting edges, key/value stores that act as a glorified hashtable, and others. The wide range of options meant you could choose the right tool for your particular needs, instead of trying to squeeze a relational database square peg into your application's round hole. Solutions like MongoDB, Cassandra, Redis, and Neo4j rose to prominence and became de facto industry standards for developers interested in leveraging the power and flexibility NoSQL.

While NoSQL was a boon to software developer productivity, the initial product offerings did little to alleviate the administrative burden of managing your database. Server provisioning, backups, data security at-rest and in-transit... all these challenges (and many more) remained as developers adopted NoSQL in greater numbers. Fortunately for them and all of us, the rise of the cloud and managed database service offerings like Azure DocumentDB brought us the best of both worlds: fast, flexible, infinitely-scalable NoSQL with most of the administrative headaches assumed by a dedicated team of experts from Microsoft. You focus on your data and your application, and rely on a 99.99% SLA for the rest!

In this "Introduction to Azure DocumentDB" course, you’ll learn how to use Azure DocumentDB (DocDB) in your applications. You'll create DocDB accounts, databases, and collections. You'll perform ad-hoc and application-based queries, and see how features like stored procedures and MongoDB protocol support can help you. You'll also learn about ideal DocDB use cases and the pricing model. By the end of this course, you’ll have a solid foundation to continue exploring NoSQL and DocumentDB.

An Introduction to Azure DocumentDB: What You'll Learn

Welcome back. Let's take a closer look at DocumentDB support for SQL query syntax. From inside the portal on the account tab, let's take a look at query explorer. Just click there. And going to highlight my postal codes collection. So you can see right away that we have something that looks pretty familiar to anybody who's ever done any sort of SQL programming or written SQL queries. The C in this case select star from C, the C represents the collection itself. So if we merely run this query as is, then we won't get every single document, we'll get sort of a page set of documents but, if we look on the right-hand pane here we can see the JSON that corresponds to the first 100 or so documents that are pulled up. And we can page through these if we want to. Of course, that's pretty basic and not terribly interesting from a query perspective, so let's do something a little bit more interesting. Perhaps we can filter these documents. You can see where C.state equals Georgia, You can see where C.state equals Georgia, which happens to be where I live. So we run the query, and sure, we get a filtered set. Looks like we still have more than 100, we can keep paging, but you can see that we have documents in here, where state equals GA for Georgia. Okay, so that's a bit on filtering so that's fine.

So, of course, that's fairly simple filtering so let's do something a little bit more complex. We'll use the in keyword, so we'll say select star from C, where C.state is in, from C, where C.state is in, and then we'll pick a range of states. We'll say Georgia, Florida, and Utah. We'll say Georgia, Florida, and Utah. So now if we run this, and of course what we'll see first is a bunch of states probably in, yeah in Georgia so if we, might have to page through a bit to get to some results in a different state. Keep going, yeah okay, now here we are so we've got, here are some results from the state of Florida as well. Okay, so you get the idea there. So we can pick a filter with a range of values. We can also do order bys so perhaps we can do something like we'll go back to a simpler query, we'll say where's state equals New York we'll say where's state equals New York and, oh we'll say order by. We have a population field so let's use that. order by population and we'll go descending, so we'll start with the most populated city first. So if we run this query, then yes, okay now we have the city of Brooklyn, has a population over 100,000, and you can see that the population numbers go down as we kind of go through this list. So sure, now we've kind of ordered our results.Again this all fairly standard for anybody familiar with SQL but just to give you an idea of the kinds of things that DocDB supports. Document DB doesn't support every single Document DB doesn't support every single kind of antsy SQL feature or keyword, but it does support a number of them and the documentation is very thorough online to give you a detailed kind of perspective on exactly what's supported and what isn't supported. 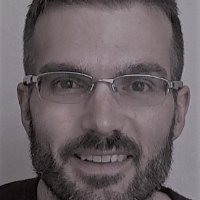