Now that we understand the various deployment options, let's go ahead and start with our first deployment. For this first example, we're gonna use Kubernetes which is affectionately abbreviated as K8S. Whenever you see that, think Kubernetes. In the following examples, we're gonna use a very simple docker container to illustrate how the orchestrators work.

We'll deploy this container to each orchestrator and then scale it out to several instances. The code for the container is available here at GitHub. Github.com jeremy likness, CA for Cloud Academy. ACS for Azure Container Service. Let's take a look at the code itself. It's a very straightforward application. It has an array of colors, animals, and planets. And when the endpoint is called, it uses a library called Micro which is for building micro services, and it exposes an endpoint that simply returns a text screen that says welcome to the Node app, my name is. And shows that generated name.

Now the name is generated before any responses are given, so that a single version of this Node app will always return the same name. And then hopefully each different container will return a different name so that you can see the effect of load balancing. If we come back to the directory for this, you can see that I have a Docker ignore file that ignores the Node modules. And in the Docker file itself, it simply uses a special onbuild Node image. So that base image will automatically copy the Node files over and then install the package dependencies, and then expose the Micro service on port 3000. So it's a very straightforward and simple way to stand up a container.

Furthermore, I've published this to Docker Hub. You can see this public repository jlikness ca-acs. So because this image, and if we look at tags, you can see the size of the image, and the last updated. But because this is available on the Docker Hub, each orchestrator when instructed to pull this image by name will be able to pull that down and deploy that image. And then we'll use that to verify that our orchestrator has been configured correctly, that it's exposing the endpoints so that they can be accessed over the public internet. And that it is load balancing and round robining correctly. One important aspect of orchestrators is keeping the orchestration secure.

You don't want someone having access to the controllers, or being able to bring up and down containers if they're not authorized to do so. There's several ways that this is accomplished. First, SSH or a secure shell ensures a secure connection to the host, and all the host options have SSH access. In order to create that access however, you need to generate a special key to secure the connection.

Now when you use the Azure command line, that key will be generated for you automatically. If you need to manually generate a key, we'll show you how in the next segment. For Kubernetes, there's an additional client ID and secret for the service principal. This is some internal plumbing that enables Kubernetes to talk to the Azure APIs inside of the ACS deployment. I mentioned that I would discuss resource groups and a resource group is really just a logical group of Azure assets. The nice thing about resource groups is they can be managed as a whole.

In other words, you can generate automation scripts for a resource group, you can delete a resource group at once. And you can also track cost by resource group. So it makes it a very useful functional unit of Azure assets. It also provides a logical security partition in Azure. 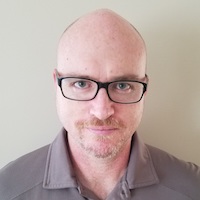