Now, sensors can be many different things. But that can cover temperature, movement, atmospheric pressure, things like that. That data is basically continuously collected and then pushed through the local network out to a gateway, which is essentially an edge device next to the internet. That pushes the data out to the internet, and then out to your data center or cloud solution, to be stored in servers, and then accessed through different accessing controls and business analytic software, such as MicroStrategy and Informatica and things like that.

So, when it comes to wireless technologies and protocols, really, the give and take in the situation is low-powered solutions have slower networks, but higher-powered solutions have faster networks. It really comes down to those two aspects. And with most Internet of Things technologies, you're gonna have low-powered solutions. So you're gonna have a little bit of a slower process in the networking, but the data is continuously getting pushed through the pipe, so it's constantly getting updated, and you're able to do that. So, the things with the technologies, we're using mesh networks at that lower level, lower-powered technology level. So, actual devices, then, act as actual internet nodes, where data is basically shared between different devices and passed through 'em, where with wireless technologies, you have the standard wireless access points and things like that. So, it's all gonna depend on what's actually needed and required in your environment and in your industry. With microprocessor boards, there are many microprocessor boards that are available in the industry, but

I'm gonna focus on these boards here, because they made the biggest leaps in the industry, as far as evolution goes. With Arduino, they implemented a ability to roll out software that was much easier than previously available. There was a lot of time that was invested into actually rolling out the software onto a device, where, with Arduino, they basically had a better solution in place where you actually can then push the software out to it a lot quicker. With Arduino Ethernet, that provided the ability to network these actual devices at that point. And then, with the rollout of Raspberry Pi, we had more affordable microprocessor boards.

So here's our Arduino kit. I wanted to get a snapshot of this in front of you so you actually know what are the different assembly parts that are involved in one of these kits. Here's all the different sensors they actually can use in building Internet of Things solutions. As you can see, there's a wide array of different information you're gonna be able to collect with these. Here are the top programming languages of 2016 and '17.

And as you can see, then, with the ones that are outlined in red, these are commonly used in developing solutions for the Internet of Things. I thought that was important that you actually get to see, there's a wide variety of languages you can work with. And I'm not really gonna sit here and tell you which ones you should and should not use. It's really gonna come down to what you're working with, who's on your development team, what solutions you're actually building. With languages, you have embedded coding languages and general purpose languages. And it really comes down to, well, the solutions that you're looking to build and the purpose of 'em.

And I honestly think you need to spend some time really looking into the commonalities between the two, all the differences and things like that. And honestly, the best way to really get involved with things is really to pick a language and start working with it, if you don't have one defined already, and just go with it. Start learning, and as you go, you really, as you learn the fundamentals of any language, you're gonna be able to transfer that knowledge to any other language you wanna learn. So, that's really the most important part of it. Here are the top 10 Internet of Things platforms. Platforms provide you a means to not have to redevelop the wheel, essentially.

So, they provide tools and means for you to actually do rapid development with any kind of solution, and I definitely recommend that you look into each one, find one that you like to work with, and start running with it. So that wraps up our lesson. And hopefully this was all helpful information to you to start developing solutions. Next up, we're gonna dive into some demos and help you further get involved with platforms and developing solutions for the Internet of Things. 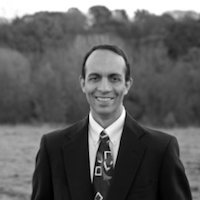 Richard Augenti is a DevOps Engineer with 23 years of IT professional experience and 7 years of cloud experience with AWS and Azure. He has been engaged with varying sized projects with clients all across the globe including most sectors. He enjoys finding the best and most efficient way to make things work so, working with automation, cloud technologies, and DevOps has been the perfect fit. When Richard is not engaged with work, he can also be found presenting workshops and talks at user conferences on cloud technologies and other techie talks.