Microsoft Azure provides a variety of cloud services in a variety of cloud service models: IaaS, PaaS, and SaaS. When businesses migrate to the cloud, they must choose which model is best suited to their needs and is the most cost-effective. This course is designed to assist Cloud Architects in identifying their current Azure expenditures and providing greater awareness of the costs associated with each deployment model as well as each aspect of an Azure deployment.

Optimizing Azure costs begins with knowing your current Azure expenditures. This course introduces you to the tools built into the Azure Portal that can help you understand the total overall expenditures in Azure as well as break down those costs by area: Compute, Network, Storage, Identity, and App/Cloud Services.

The remainder of the course drills down on specific costs associated with each area of Azure identifies the costs associated with each service and provides very clear and concise methods for reducing Azure expenditures. Many of the cost savings methods will require minimal changes to your Azure deployment and will take just minutes to implement while other cost savings methods may take a shift in your Azure strategy, such as moving from Iaas to PaaS. By the end of this course, you will have gained a thorough understanding of how charges are incurred, how to reduce or even avoid some of the charges, and you will have learned how to significantly reduce overall Azure expenditures and get the most out of what is spent in your Azure deployment.

The key to reducing network costs then is to deploy all of your resources within the same region whenever possible. When resources must be deployed to multiple regions, network costs can be reduced by ensuring that the collection of resources in each region operate autonomously from each other. For example, when deploying a web application, ensure that all the resources needed by that application such as databases, queues, storage, et cetera, all reside within the same region. Many Azure customers find that they need a high speed VPN connection between their on-premises network and their Azure networks. Particularly in hybrid cloud deployments where some of the resources are on Azure but some still reside on-premises. To accommodate this, Microsoft introduced ExpressRoute. ExpressRoute is an Azure service that creates a private connection, VPN, between Microsoft data centers and your on-premises network. In order to use ExpressRoute, you must choose a connectivity provider. There are several providers to choose from, but ultimately the choice will be limited depending upon the location of the data center and your location, as most providers have a limited service area. Of course, these providers charge for their services. For example, Megaport charges $350 per month for one gigabit per second and $500 per month for 10 gigabits per second.

In addition to the connectivity provider costs, there are also Azure ExpressRoute costs. Azure offers ExpressRoute in two plans, Unlimited and Metered. With the Metered Data Plan, inbound data transfer is free and outbound data transfer costs are based on port speed. For example, one gigabit per second port speed is $436 per month plus 2.5 cents per gigabyte of outbound date for Zone 1, five cents per gigabyte for Zone 2 and 14 cents for Zone 3. The Unlimited Data Plan is a fixed price plan based on port speed and there is no charge for inbound or outbound data transfers. For example, a one gigabit per second port speed plan is $5,700 per month. The key to cost savings with regard to network connectivity between your on-premises network and Azure is in accurately estimating your bandwidth requirements and monthly outbound data transfers. As you can see from the below chart, the cost just for the port speed alone increases significantly with increases in port speed. Choose a port speed that will provide the bandwidth needed and no more. Should your bandwidth requirements grow, you could always move to a higher port speed plan.

Considering the high cost for an ExpressRoute connection, it may be more cost effective to move away form a hybrid deployment and relocate most, if not all, of your LAN based resources to the cloud. Using this approach, your network costs can be significantly reduced with VPN connections to Azure being used primarily for administration. Of course, there are costs associated with hosting resources in Azure, but they'll likely be less on a monthly basis than an ExpressRoute connection, particularly when factoring in the hardware and maintenance costs associated with hosting server resources locally. 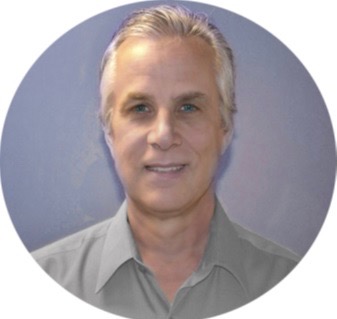 Jeff is a technical trainer and developer residing in Arizona, USA. He has been a Microsoft Certified Trainer for the past 18 years, providing in-house development and training on Microsoft server operating systems, PowerShell, SQL Server and Azure.  When he’s not developing and delivering courses on Azure, he’s photographing galaxies, nebulae and star formations from his computer-automated observatory in Chino Valley, Arizona using a 14” Schmidt Cassegrain telescope.