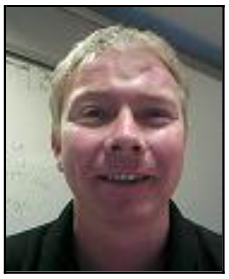 Daniel Ives has worked in the IT industry since leaving university in 1992, holding roles including support, analysis, development, project management, and training.  He has worked predominantly with Windows and uses a variety of programming languages and databases.

Daniel has been training full-time since 2001 and with QA since the beginning of 2006.

Daniel has been involved in the creation of numerous courses, the tailoring of courses and the design and delivery of graduate training programs for companies in the logistics, finance and public sectors.

Previous major projects with QA include Visual Studio pre-release events around Europe on behalf of Microsoft, providing input and advice to Microsoft at the beta stage of development of several of their .NET courses.

In industry, Daniel was involved in the manufacturing and logistics areas. He built a computer simulation of a £20million manufacturing plant during construction to assist in equipment purchasing decisions and chaired a performance measurement and enhancement project which resulted in a 2% improvement in delivery performance (on time and in full).