Update 2019: We’ve been busy working on some great training content around security, check out the Cloud Academy library to prepare on all-things cloud security.

Welcome to the Cloud Technology and Security Alert News Digest. This week, we’ll learn that we’ve been all wrong about the English language: apparently, IaaS no longer means Infrastructure as a Service, and Big Data may not mean anything at all! We’ll also offer two perspectives on tech work. And what would a Cloud Technology blog post be without security? Read on!

Contrary to any impression you might have from reading too much of this blog, the big growth in opportunities for expert cloud admins is not restricted to the Amazon and Google platforms. ZDNet reports on a study by Redmond magazine claiming that Microsoft Azure skills are also currently drawing top dollar (or Euro, for that matter). 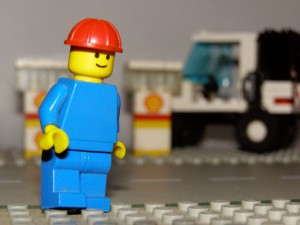 Does your company employ on-demand workers? Do you (and they) assume that they’re legally classed as independent contractors rather than employees (with different benefit and contractual expectations)? According to TechCrunch, if you want to protect yourself from possible legal action, you would be advised to clarify their status – which can be especially complicated if you’re in separate countries!

The struggle to balance public security against commercial privacy rights

ZDNet’s Steve Ranger observes how unworkable and even dangerous UK Prime Minister David Cameron’s digital access proposal is…even if just about everyone would agree with its goals. Cameron wants law enforcement agencies to have emergency access to all encrypted communications. Ranger notes that, if the Primer Minister got his wish, it would pretty much destroy the entire Internet commerce industry.

IaaS is usually taken to refer to Infrastructure as a Service. According to a ZDNet report, presentations at Oracle’s CloudWorld have just mooted a new version: Industry as a Service. Oracle’s strategy for dominating the cloud computing market is to simplify deployments. They plan to offer specialized tracks for enterprise departments like HR, back office, customer service, and sales.

Just what is “Big Data”?

Here’s ZDNet’s cynic’s guide to big data. It turns out that “Big Data” is one of those phrases that might not really mean anything at all!