Blockchain itself is a technology. It’s not a piece of software, and it’s not a single device. It’s a technology concept that can be used to manage and securely track and verify transactions without a central authority between a number of parties using a distributed ledger. In this article, we’ll cover:

To dive deeper into the Blockchain technology and learn the different components, check out Cloud Academy’s Introduction to Blockchain course. As this is an introductory level course, no prior experience with blockchain is required. 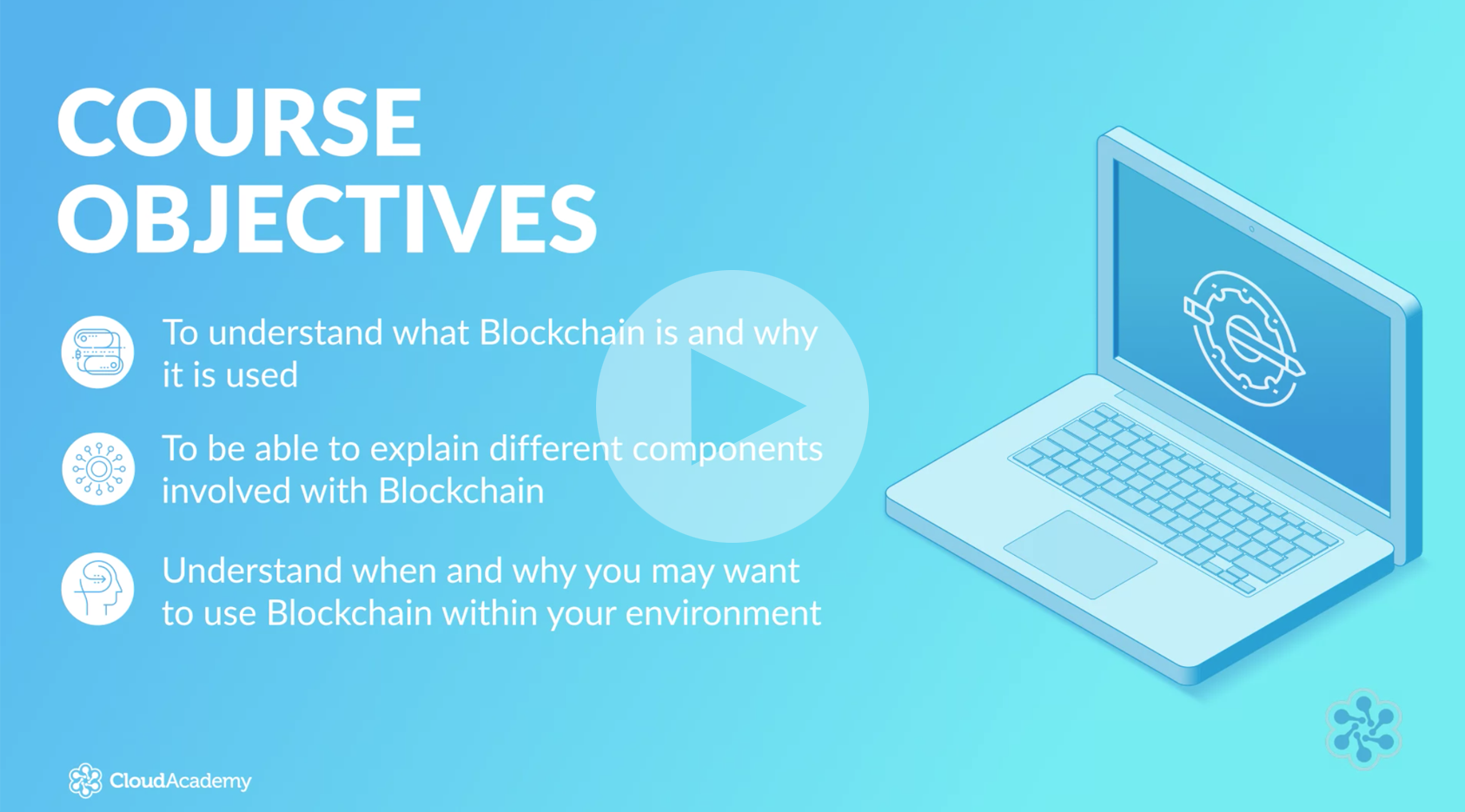 What is the history of blockchain?

In 2017, blockchain emerged as a major technology trend, supporting the rise of cryptocurrencies such as Bitcoin and Ethereum. Beyond the exchange of money, interest in blockchain is driven by an increased level of security, transparency, and traceability in transactions, a challenge often found within the finance, healthcare, real estate, and manufacturing industries.

Executive support of blockchain is also on the rise. A survey of 1,000 global leaders by Deloitte reported that 74% believe there is a compelling business case for blockchain in their organization. Another 78% believe that adding blockchain will eventually be a competitive advantage for their firm in their respective industry.

[bctt tweet=”78% of global leaders believe that adding blockchain will eventually be a competitive advantage for their firm in their respective industry.” username=”@cloudacademy”]

Amazon-managed blockchain was introduced to help you easily configure, deploy, and manage highly scalable blockchain networks that can span multiple AWS accounts. This prevents you from having to build and configure your own blockchain network involving provisioning of hardware, software installations, effective stringent security controls plus the required network configuration needed within a blockchain for each member.

Using Amazon-managed blockchain takes away the heavy lifting of having to do all of that yourself, instead, you can have a blockchain network provisioned within a few minutes. It also offers the capability of continuous monitoring to allow the network to adapt to changes. Amazon-managed blockchain allows members to add or remove other members through the use of a voting API. Both the Hyperledger Fabric and Ethereum open-source blockchain frameworks are supported.

As your blockchain network grows, your blockchain network will scale automatically as you add more members — uniquely identified identities — and add more subsequent peers — used to run chaincode, endorse transactions, and store a local copy of the ledger.  From a security standpoint, Amazon-managed blockchain is integrated with the Key Management Service (KMS) allowing for a central repository of encryption keys negating the requirement of managing your own set of keys in your own key store.

If you are new to blockchain and unfamiliar with the concepts of the configuration, then you’ll want to check out the AWS Blockchain Templates. AWS provides a number of CloudFormation templates that enable you to quickly, easily and securely set up a blockchain network. These templates allow you to focus on building your blockchain apps, rather than manually setting up your blockchain network. Your chosen blockchain framework will be deployed and distributed across a number of EC2 instances running Docker or across an Elastic Container Service (ECS) cluster.

In a nutshell, Amazon-managed blockchain can provide a decentralized, immutable, verifiable, and transparent network which is highly scalable and can span multiple AWS accounts using a distributed ledger to carry out transactions between multiple parties.

What is the technology concept of blockchain?

Whether you’re looking to apply blockchain in your day-to-day technology activities or separate reality from hype, we’re here to help. Our Introduction to Blockchain course, authored by our AWS curriculum lead Stuart Scott, covers a variety of topics, including:

Learn more about our Introduction to Blockchain course in this preview video.

If you already have a Cloud Academy account, you can access this course now. If you’re not a member, request a free 7-day trial and browse our training library to learn more about what we have to offer.