Welcome back, at this point we've covered some relational databases. Now let’s look at CosmosDB.

What is CosmosDB aka DocumentDB?

Well, DocumentDB was rebranded at Build 2017 to CosmosDB.
This rebranding to me is similar to Google’s rebranding to Alphabet. Where DocumentDB is now one of the models of CosmosDB supports.
It’s still the same infrastructure, but its ability to be multi-model and multi-api database is now highlighted more.
CosmosDB currently supports: DocumentDB, MongoDB, Azure Table Storage and Gremlin – which is a graph database.
Ok, now that we’ve mentioned CosmosDB, let’s take a look at the DocumentDB API.

DocumentDB is a NoSQL database that stores JSON documents.
NoSQL refers to there not being a schema enforced by the database, though applications will still typically store documents together that have the same schema.
DocumentDB is provided as a service by Microsoft - which means you don't need to worry about the computing resources and all that infrastructure stuff.
You get to choose the consistency model it will use.
DocumentDB also guarantees low latency, which means 99% of the time your reads should take less than 10 milliseconds and writes should take less than 15 milliseconds.
It has a 99.99% availability SLA, can be geo-replicated and you can increase or decrease your scaling as needed.

DocumentDB uses a measure of throughput called a Request Unit to provide predictable performance and scalability.
The measure is 1 RU, so one request unit, equals the resources needed to read a one kilobyte document.
So, since there is some math involved, you’re going to need to do some analysis of your data needs to get an idea of cost ahead of time.
Here are some numbers to help.
The table, shows some operations on a 1KB document and their corresponding RU measurements.
Ok, now you may be wondering, why do you need to understand what request units are?

Well, you need to know about request units because that is how you scale your DocumentDB - it is also part of how you get charged.
If you think about it, it is similar to the service tiers in SQL Database, where the DTUs increased with the tiers as did the cost.
Though storage size is broken out with DocumentDB, so you aren't locked into max sizes like you are in SQL Database, which is nice.
To scale your DocumentDB up and down, you just need to reserve more RUs to scale up and less RUs to scale down.
So that is scaling, now let's look at the features of DocumentDB.

DocumentDB automatically indexes all the data when it gets ingested, which helps retrieve data faster.
You can also add a time to live on the Collection or on a document, that means a document will get physically deleted when it expires.
And even though DocumentDB is storing JSON documents, you can use SQL to query them.
You even use aggregates in your queries - so get things like the count or average for example.
DocumentDB also gives you the ability to write stored procedures, triggers and user defined functions in javascript that execute on the database - not in your client code.
Ok, so that’s some features of DocumentDB, now let's jump to a demo and take a look at the DocumentDB. 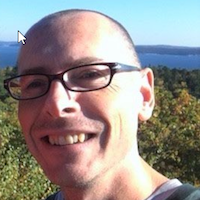