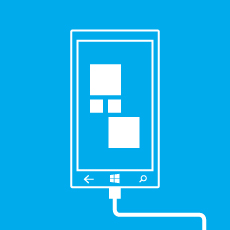 The Internet of Things, the vast and fast-growing network of interconnected machines and sensors, seems to have now caught Amazon’s attention. At last week’s AWS re:Invent, following similar initiatives by other players like Salesforce, Amazon announced their own platform: AWS IoT. But, in some ways at least, a Microsoft portal into the Internet of Things has been around for some time. While the Microsoft Continuum application for Windows 10 is primarily marketed as a way to bridge smartphone and desktop experiences, it can also serve as a hub for the IoT connectivity in your life.

Smartphones and the IoT: the role of Microsoft Continuum

Thanks to wireless technology, people now connect to the IoT through fitness sensors, watches, heart monitors and other devices. And thanks to Microsoft Continuum, Windows 10 smartphones can now stream and redirect all the data that’s produced just about anywhere.

Because they have built-in sensors providing time, location, and environmental information, Smartphones automatically generate torrents of data. With appropriate software, smartphones can automatically trigger events such as financial transactions and appointments. They can also control an increasing number of external devices, such as televisions, lights, security systems, and cars.

In a significant way – and especially considering the growing number of connected devices and sensors that surround us – smartphones can act as a gateway for the IoT, enabling smarter homes, automobiles, factories, and cities. Smartphones even change the way we work by supporting crowdsourcing, smart offices and factories, and employment-as-a-service.

Phones running Windows 10 Continuum can turn a network of devices into a functional workspace.
Continuum for Windows Phones allows smartphone users to have a Windows 10 Desktop experience. Continuum connects wirelessly to a mouse, keyboard and monitor (TV screen or projector), with scaled apps that work as if they were running on a regular PC. Familiar operating system features such as the Start and Task View buttons as well as everyday applications make the remote workstation look and feel like the computer in the office.

Continuum uses the smartphone’s start screen as the start menu, and the applications list resembles the phone’s All Apps list. But Microsoft Office appears in desktop mode, making serious productivity possible. Because of their cross-platform design, universal apps in Continuum look and feel exactly the same as they do on a computer, tablet,or phone. Even in Microsoft Continuum mode, the smartphone can connect to a video projector and a television, making Continuum perfect for presentations and team meetings, and it will still work for phone calls and messaging, so users can maintain voice and SMS contact as they work.

Continuum only works with the latest Windows Phones, so many users will need to upgrade if they want to try it out. Users can enable the feature using either Miracast or a Continuum dock. Windows uses Miracast to support wireless monitors. The Microsoft Continuum Dock peripheral will allow the use of three USB ports, one HDMI port and one Display Port for use with Continuum. The dock can either plug into the smartphone’s power connector or use a separate AC adapter for power. Users will need to use Continuum Dock if they do not have a MiraCast display or projector.

New Microsoft powered smartphones – including the Lumia 950 and 950 XL – support Continuum, as does the Acer Jade Primo. The market should expect to see a growing selection of Continuum-compatible phones as more businesses understand their capabilities.

Thanks to Continuum, people can easily set up workstations that work just like their computers. Using a smartphone as a hub, Microsoft Continuum connects multiple devices so that they can all act in concert. Best of all, users can quickly set up Continuum, so they can do work at a moment’s notice.

In many ways, when you carry a Microsoft Continuum-compatible Windows smartphone, you’ve got a PC in your pocket. But this PC platform is poised to become a personal gateway to the Internet of Things.

Matthew Young is a Boston based freelance tech journalist and blogger. He is passionate about new, emerging tech in the industry. When Matthew is not busy writing about new exciting technologies, he usually spends time fiddling with his camera and learning a thing or two about photography. You can reach Matthew @mattbeardyoung.

AWS Internet of Things (IoT): The 3 Services You Need to Know

The Internet of Things (IoT) embeds technology into any physical thing to enable never-before-seen levels of connectivity. IoT is revolutionizing industries and creating many new market opportunities. Cloud services play an important role in enabling deployment of IoT solutions that min...

Designing a streaming data pipeline presents many challenges, particularly around specific technology requirements. When designing a cloud-based solution, an architect is no longer faced with the question, “How do I get this job done with the technology we have?” but rather, “What is th...

Design Thinking for the 21st Century – An Essential Skill

We live in a digital-driven world with continuous and rapid advances in technology. As such, understanding how to design by harnessing the power of new technologies is an essential skill that professionals need to develop in order to achieve their truest potential.  Careful and consider...

IoT, or the ‘Internet of Things’, is an intriguing and rapidly growing technology that's bringing significant change to important elements of modern life. According to Gartner, IoT security spending alone is set to reach $1.5 billion during 2018. Like many newly minted terms, the def...

The Internet of Things (IoT) embeds technology into any physical thing to enable never before seen levels of connectivity. IoT is revolutionizing industries and creating many new market opportunities, with management consulting firm McKinsey predicting the IoT market reaching up to $581...

On Monday, Microsoft kicked off its Ignite conference, an annual gathering of developers and IT professionals. Over the next week, attendees will learn about upcoming Microsoft innovations in IoT, artificial intelligence, machine learning, and cloud (all while getting some good networki...

Getting Started with IoT with AWS and Microsoft Azure

Companies have been using devices and sensors to measure and quantify data for a while now. By 2020, Gartner predicts that more than 65% of enterprises will adopt Internet of Things (IoT) products, compared to just 30% today. The low cost of devices and the wide availability of the inte...

The User Modeling, Adaptation, and Personalization (UMAP) conference brings together a wide community of researchers and experts working on systems that adapt to users, model their profiles, and eventually personalize their experiences. The 25th annual conference was held this July in B...

At Cloud Academy, we’re busy adding new content to help you achieve your goals across AWS, Microsoft Azure, Google Cloud Platform, and DevOps. Whether you’re looking to get certified or just want to learn new skills, we know that getting started can be a stumbling block for learners ...

I'm happy to announce that we have just published 7 new AWS Hands-on Labs in the Cloud Academy content library! With these new additions, we now offer 60 hands-on labs in our catalog.   Our AWS Hands-on Labs are one of our most important and appreciated products. With them, you can l...

Today I am proud to announce our collaboration with Microsoft and the Microsoft Azure IoT team to build learning paths, hands-on labs, quizzes, and high-quality learning material for the Cloud Academy library. At Cloud Academy, it is our mission to support our customers on the cloud ...

Microsoft launches Azure IoT technical training: We are happy to share that we are part of the Microsoft Azure Technical Training program, which was highlighted yesterday at Microsoft Build 2017 in Seattle. The program provides online training content to help get developers up to spe...