Over the last few years, more than 10,000 Open Web Application Security Project (OWASP) vulnerabilities have been reported into the Common Vulnerabilities and Exposures (CVE®) database each year. This is a list of common identifiers for publicly known cybersecurity vulnerabilities. Currently, CVE has close to 130,000 vulnerabilities as of January 2020. You might be wondering whether we need more than 100,000 test cases to see that our application is secure. We need to evaluate cost and schedule impact for testing all possible test cases.

To dive deeper into OWASP, check out Cloud Academy’s OWASP & Application Security where you learn more on OWASP vulnerabilities and application security outlined in the OWASP top ten list. Cloud Academy also has numerous OWASP exercises that allow you to practice our skills in a live environment with hands-on labs. 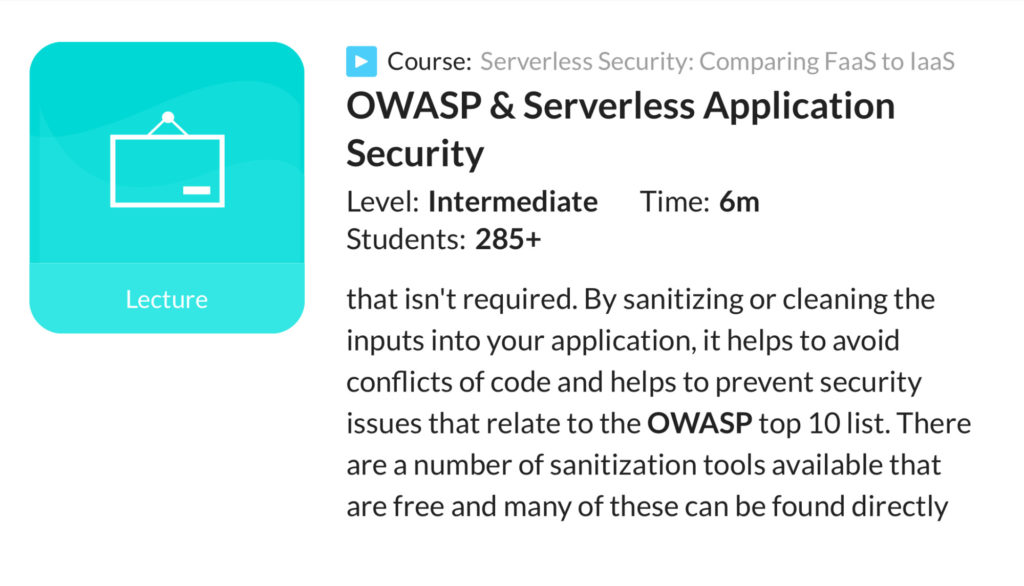 The cost of a data breach has risen 12% over the past 5 years and now costs $3.92 million on average as per IBM Security report. Verizon data breach report findings include interesting facts about software security attacks. It says more than 70% of breaches were carried out by outsiders. 76% of breaches were financially motivated. Nearly 68% of cases, It took months to find them. 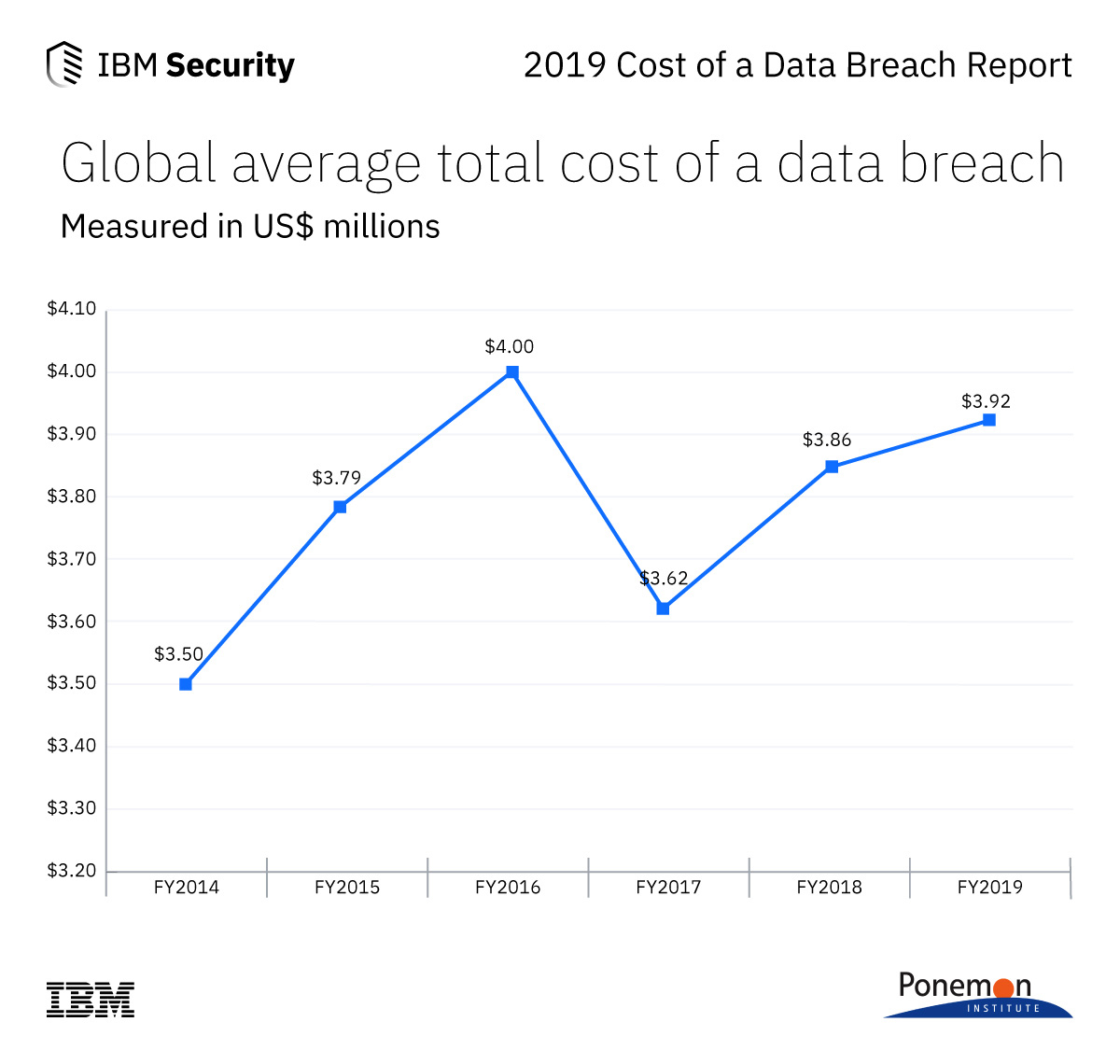 Risk-based security claims that more than 4 billion records got exposed due to data breaches in 2019. It’s not going to be surprising news to see more reports of its kind due to lapse in software security and lack of awareness about security.

It is not going to be a pleasant experience when our company name appears in news for the wrong reasons. We tend to think about whether we can prevent our company name from appearing in headlines for failing to protect customer data. We don’t have much idea about security flaws and vulnerabilities in a typical web application. We might plan to test all possible scenarios with respect to security before releasing web applications to public usage.

I used to work as part of a customer acceptance software testing team. We used to get tested software from vendors who had tested the software for multiple weeks. We had to test the software for a couple of days before deciding to push the software into the live environment. That’s the time we could afford for testing.

This list is getting updated regularly based on inputs received from companies, independent security consultants and community. OWASP Top 10 current version is from 2017. Though we can’t detect all issues in our application, we can minimize the impact due to security flaws significantly by following guidelines such as OWASP.

Using the OWASP vulnerabilities top 10 is taking perhaps the most effective first step towards changing the software development culture within your organization into one that produces more secure code. 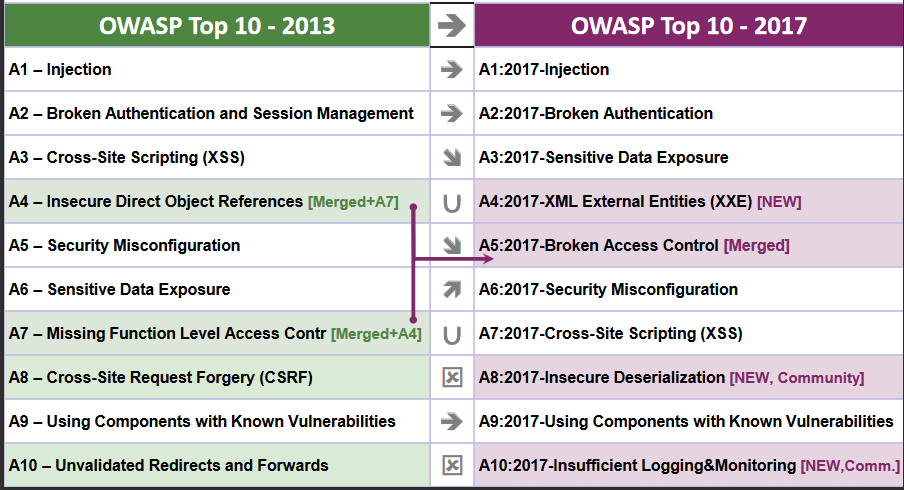 Attacker can provide hostile data as input into applications. Applications will process the data without realizing the hidden agenda. This will result in executing unintended commands or accessing data without proper authorization.

In a web application, the following SQL statement is used to get a record that belongs to a particular user.  Let us assume the user would enter user id and password in the login screen.

This query is supposed to return the record that belongs to a particular user.

In the above case, this query would return all records in the table instead of a particular user. Hence you would get access to other personal data.

Application functions related to authentication and session management are often implemented incorrectly so they allow anyone to assume other users’ identities temporarily or permanently.

Applications session timeout is not handled properly. A user is doing some activity in an online banking application. Then the user closes the browser tab instead of doing “log out” and moves out of the place.  If someone else opens the same browser after some time then they will have access to the previous user bank account.

Use a server-side, secure built-in session manager that invalidates session ID after idle and timeouts.

Security precautions should be given to data in rest as well as data in transit. Data can be seen when it’s stored in hard disk or when it’s sent over the network as well. Many web applications do not protect the data properly. Attackers expose the weekly protected data using simple methods.

A simple example is Password is sent as plain text format in the network. Attackers can monitor the network and intercept the traffic using tools if required to get the details.

Apply security controls based on security standards such as PCI-DSS

Many old or poorly configured XML processors take XML file as an input. Attackers can include hostile content in the XML file so that they can extract data or execute commands.

This XML file will get a password file from the server.

Web applications support multiple roles in the operation. For example, there would be roles such as admin, regular user, manager, etc. Attackers can exploit flaws in implementation so that they can gain privileges to access data and perform operations where they don’t have authorization.

An attacker can simply try to browse different URLs.

The next URL can be accessed by admin only.

Public pages can be accessible to everyone. Access to other pages should be prevented by default.

Remove or do not install unused features and frameworks. Use a minimum platform without samples, documentation in the server. Please ensure that the default password is changed when you started to use the application.

Attackers could send an email to a victim that appears to be from a trusted company. The link could contain malicious javascript code. When a victim clicks this link, the javascript code collects information from the victim and sends data to the attacker website in the background. The victim will not be aware of the activity.

Suppose we store user id, password, and role for the given user in a cookie. This cookie can be serialized as an object. Attacker could change serialized objects and put the attacker’s role as an admin user. In this case when object is deserialized the attacker would get admin privileges.

Each application is made of multiple components such as libraries, software modules, and other frameworks. These components run with the same privileges as the application. If a component has known vulnerability then attackers can exploit the component first then the entire application.

There are automated software tools available that will find the systems that are not patched and misconfigured.

Only obtain components from official sources over secure links

Insufficient logging and monitoring allow hackers to experiment with hacking activities without being detected for a long time.

A major US retailer reported that their internal malware analysis sandbox software had detected potentially unwanted sandbox software but no one responded to this detection. The sandbox was producing warnings for some time before the breach.

Establish or adopt an incident response and recovery plan.

As we have seen a quick overview of the top ten vulnerabilities, Let me provide one more perspective to see the need for security awareness irrespective of your current role in your organization.

The current trend of bringing more people into the internet fuels sales of millions of consumer devices and establishing connectivity to different software applications. This trend results in challenges to scale applications to cater to thousands of users in addition to keeping robustness of software and adding more features to applications.

Every year there are new software tools and frameworks get introduced in industry to meet the needs of software development and maintenance. Security is often ignored in the development process as it involves additional cost and schedule impact. Insecure software may result in loss of goodwill and brand value for a company

In the past companies released software to live environments without any planned proactive effort.  Most of the time hackers exploit the vulnerabilities in the software and make use of them for their benefits. Sometimes security flaws are exposed by users accidentally.

Over a period of time companies learned to handle things proactively and make sure that most of the security-related issues are addressed before releasing into the live environment. Companies use Ethical hacking and penetration testing activities to identify security flaws in their software before it goes to the public. This approach saves time and costs to solve the issues. Companies started to integrate security into DevOps activities and bring DecSecOps based activities into action.

If you are new to web application security then the Top 10 guidelines on OWASP vulnerabilities should be your first step. If you are experienced, please ensure that you don’t skip the first step in your application with the assumption that your team would have taken care of OWASP Top 10 by default.  As per Burning Glass study, there is an increasing demand for cybersecurity professionals as shown below. 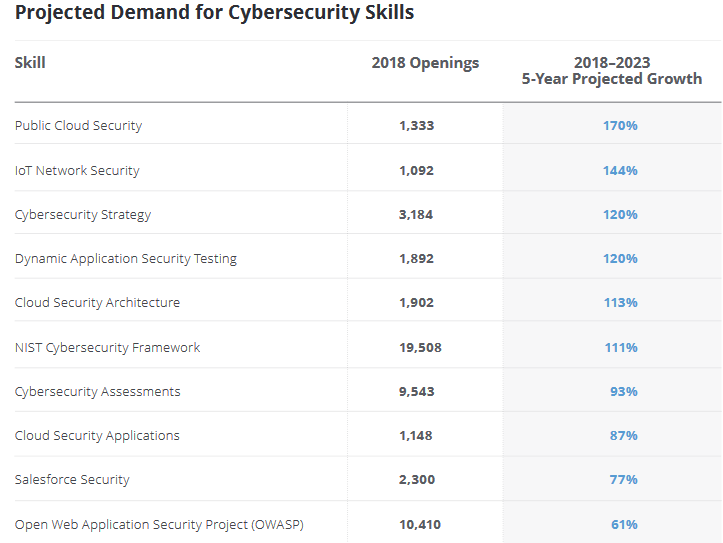 Source: The state of Cybersecurity Hiring from Burning-glass

There are so many courses and tutorials available to enhance your understanding of web application security beyond the top 10 OWASP vulnerabilities . If you are willing to spend a few more hours to get more exposure in security-related courses and certifications, your profile value is going to be improved drastically and securely!!