Could you use some serious computing power? Say hello to Google’s Preemptible Virtual Machines.

One of the nice things about having access to hundreds of thousands of computers is that you get to do cool stuff. Arguably, the fact that, with enough creativity, you can use that access to figure out whole new ways of doing things is even nicer.

The downside, of course, is that eventually, you’ll have to pay for it.

However, if your compute project isn’t time-critical – in other words, if it doesn’t really matter if the job gets done on a rigid schedule and it will survive unexpected shutdowns – then the price drops.
Amazon Web Services tapped onto this some years ago when they created their spot market, where people could bid low prices for compute instances which they then used for as long as the price remained below a preset limit. Many heavy-use AWS customers – along with some very creative resellers – have been able to capitalize on spot market opportunities to score some significant cost savings. 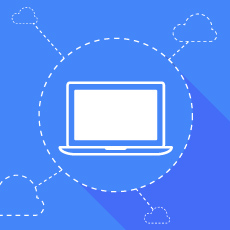 Now, it seems, Google also wants a piece of this action. Besides initiating another round of general cost cuts, the Internet giant has just announced Google Compute Engine’s Preemptible Virtual Machines. But rather than tie the life of an instance to rising or falling prices the AWS does it, Preemptible Virtual Machines leverages underused compute resources, offering them for 70% less than normal for as long as they’re available.

If you can tolerate instances that could be pulled out from under you on 30 seconds notice (as opposed to AWS’s two-minute warnings), and that will never be allowed to run more than 24 hours, then Preemptible Virtual Machines might work really well for you.

What will it cost you?

How does the cost of Preemptible Virtual Machines compare to Spot Instances on AWS? My back-of-the-envelope calculations suggest it does quite well. Running one of Google Compute Engine‘s n1-standard-1 instances (1 CPU, 3.75GB) on demand at 100% utilization for a month would cost you $25.20. The Preemptible cost – at their advertised rate of $0.015/hour, would come to $10.80 for a full month.

Using the roughly-comparable m3-medium instance type on-demand on AWS for a full month will set you back $51.24. As I write this, the m3-medium is available in the Oregon region for $0.009/hour – which would translate to only $6.48/month. Of course, this price is far from guaranteed. In fact, I see much higher rates for the same instance in other regions.

So, assuming that Google can maintain this service at these prices through the foreseeable future – and long-term sustainability is always a worry in Cloud Computing – it’s at the very least competitive with AWS.