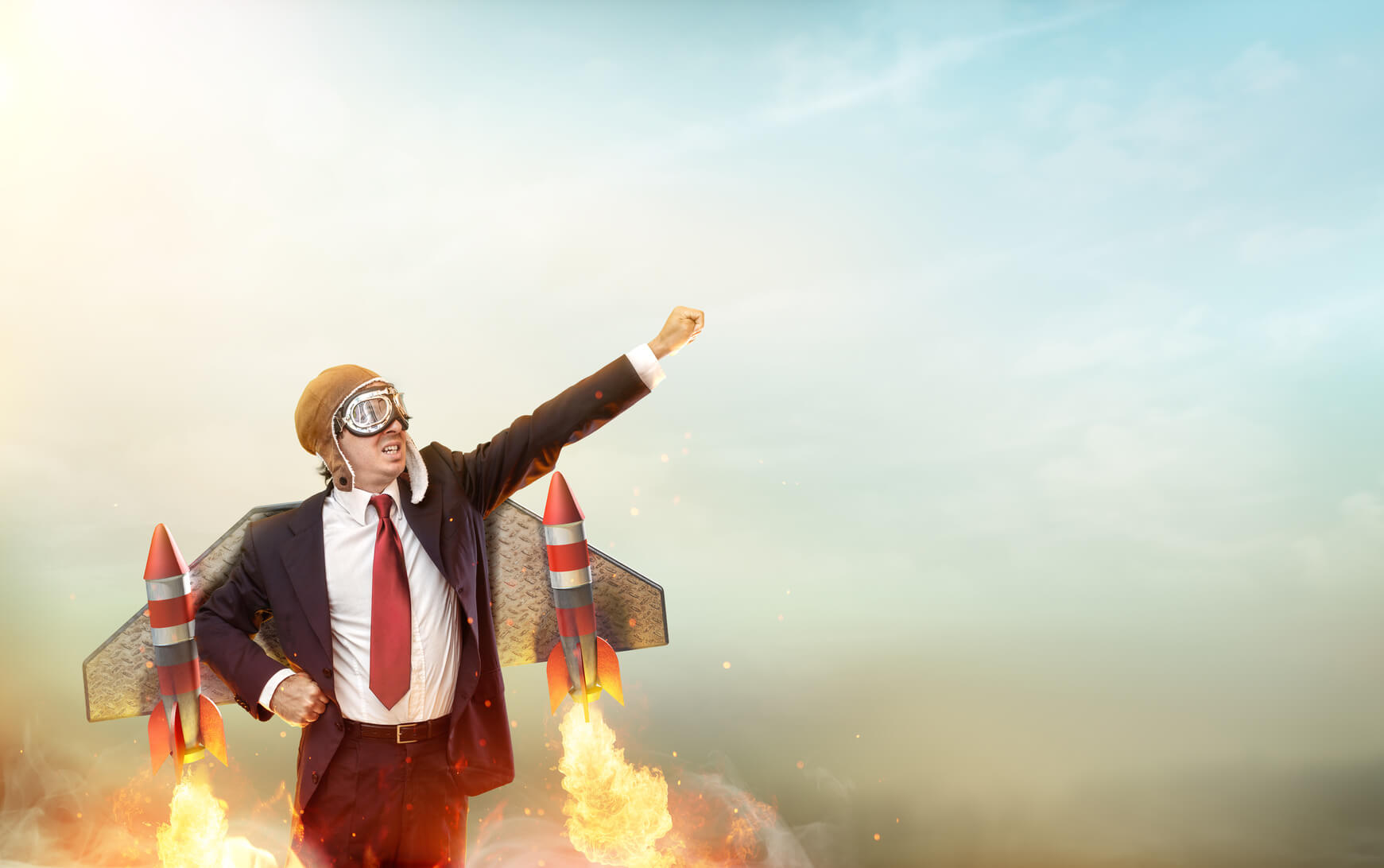 If you’ve moved your enterprise infrastructure into the cloud, to say you’re not alone is an understatement. In researching our latest infographic, it’s clear that more and more enterprises are adopting cloud models and increasing their spending for cloud technologies. It’s also clear that, as cloud options and models increase, building in-house cloud skills and expertise will be necessary to keep pace with advancing cloud technologies and to optimize ROI. So what’s driving cloud adoption in 2017? In this post, we will address this question and explore how enterprises are adopting cloud frameworks.

“The No. 1 trend is ‘here come the enterprises’,” according to Forrester analyst Dave Bartoletti.
Forrester reported that, of 1,000 technology decision makers for North American and European enterprise infrastructure, 38% were building private clouds, 32% were building public clouds, and 30% would build some form of cloud in the next 12 months.

Last July, Gartner predicted that $111 billion in IT spending would be redirected away from traditional on-premise technology and invested in the cloud (source: Gartner). This amount is expected to increase to $216 billion by 2020. Gartner’s Ed Anderson, research vice president, said:

“Cloud-first strategies are the foundation for staying relevant in a fast-paced world. The market for cloud services has grown to such an extent that it is now a notable percentage of total IT spending, helping to create a new generation of start-ups and ‘born in the cloud’ providers.”

This shift is also seen in the move to put more IT workloads into the cloud. According to McKinsey & Co., enterprises will make a significant shift from building IT infrastructure to consuming IT. Its “IT as a Service Cloud Survey” reported:

“More large enterprises are likely to move workloads away from traditional and virtualized environments toward the cloud—at a rate and pace that is expected to be far quicker than in the past.”

As more data is produced by a growing number of people, machines, and things, more of it will be moving to the cloud. Cisco thinks that more than 83% of data center traffic will be cloud-based by 2019, and most of this will be in the public cloud (source: Cisco). Cisco also reported that enterprises using the public or private cloud have increased 61% over 2015, with 68% of enterprises using cloud infrastructure for one to two small applications (source: Cisco).

ROI in the enterprise

Among organizations with mature cloud strategies, Cisco reported that “the most ‘cloud advanced’ organizations see an annual benefit per cloud-based application of $3 million in additional revenues and $1 million in cost savings. These revenue increases have been largely the result of sales of new products and services, gaining new customers faster, or the accelerated ability to sell into new markets.”
In its 2017 State of the Cloud report, Interop ITX, respondents to its cloud computing survey reported thatthey had “benefitted greatly” from cloud computing in the following areas:

Digital technologies are at the heart of some of the most disruptive changes facing companies today, according to reports by both Deloitte and Microsoft. Deloitte notes that while 90% of CEOs believe that digital technologies are driving disruptive change, 70% report that their organization lacks the skills to adapt. This is compounded by the fact that…

skills are becoming obsolete at an accelerating rate and roles such as software engineers “must now redevelop skills every 12-18 months.”

In its survey of 250 UK tech leaders in medium- to large-sized organizations, the Microsoft Cloud Skills Report found that 83% of businesses ranked cloud skills as critical for digital transformation.
A study by IDG pointed out that “enterprise organizations have added new roles and functions to their business including cloud architects/engineers, cloud systems administrators and security architects/engineers” to ensure return on their cloud investments. (source: IDG)
The 2017 Dice Salary Survey also noted the importance of the cloud on the need for skills:

“The migration from hardware-based storage to cloud storage and the explosion of IoT technologies connecting billions of devices are creating a demand for skills to support these transitions and growth. When industries experience transformation at this level, it creates skills demand and increased salaries.”

Solving the skills gap with training

The Deloitte 2017 Global Human Capital Trends report notes that software engineers typically have to upgrade their skills every 12 to 18 months. The report saw “the issue of improving employee careers and transforming corporate learning” move up from fifth to the second most important trend in the report.

The research indicates that acquiring new skills and upskilling existing staff has never been more important.

The Microsoft report noted that 60% of companies are choosing to train existing employees, while 53% anticipate using external training providers and 46% will be looking to hire outside professionals with cloud skills. Workforce solutions provider ManpowerGroup’s U.S. Talent Shortage Survey 2016/2017 found that nearly half of employers are using training programs with existing personnel to augment open positions.

Check out the full Cloud Computing in 2017 infographic in this post.

This is part 5 of a 5-part series on best practices for enterprise cloud migration. Released weekly from the end of April to the end of May 2021, each article has covered a new phase of a business’s transition to the cloud, what to be on the lookout for, and how to ensure the journey is...

This is part 4 of a 5-part series on best practices for enterprise cloud migration. Released weekly from the end of April to the end of May 2021, each article will cover a new phase of a business’s transition to the cloud, what to be on the lookout for, and how to ensure the journey is ...

This is part 3 of a 5-part series on best practices for enterprise cloud migration. Released weekly from the end of April to the end of May 2021, each article will cover a new phase of a business’s transition to the cloud, what to be on the lookout for, and how to ensure the journey is ...

This is part 2 of a 5-part series on best practices for enterprise cloud migration. Released weekly from the end of April to the end of May 2021, each article will cover a new phase of a business’s transition to the cloud, what to be on the lookout for, and how to ensure the journey is ...

This is part 1 of a 5-part series on best practices for enterprise cloud migration. Released weekly from the end of April to the end of May 2021, each article will cover a new phase of a business’s transition to the cloud, what to be on the lookout for, and how to ensure the journey is ...

From auto-scaling applications with high availability to video conferencing that’s used by everyone, every day —  cloud technology has never been more popular or in-demand. But what does this mean for experienced cloud professionals and the challenges they face as they carve out a new p...

Now that it's 2020, how many times have you caught yourself dating a paper 2019? Don't lie. It's happened at least once or twice — or a handful of times — I'm sure. And if you're a member of the "perfect club" that hasn't made any 2020 mistakes, then we're still happy to have you in our...

By 2020, nearly two-thirds of all enterprise IT infrastructure and software spending will be on cloud-based offerings, led by the availability of cheaper storage, available processing power, and the emergence of new technologies in artificial intelligence and machine learning. The ne...

4 Reasons You Need to Include Business Stakeholders in Cloud Training

Digital transformation is changing how organizations in every industry approach their business strategy, serving as the foundation of their technology initiatives. Chief among this includes cloud adoption, which is not just a path to IT savings, but also increasingly where companies are...

Preparing Your Team for Cloud Transformation

For many organizations, adopting cloud computing is as much about accelerating innovation as fostering cultural change. With the paradigms of innovation shifting from waterfall and iterative methodologies towards a more dynamic approach, how do organizations move forward without alienat...

Is Multi-Cloud a Solution for High Availability?

With the average cost of downtime estimated at $8,850 per minute, businesses can’t afford to risk system failure. Full access to services and data anytime, anywhere is one of the main benefits of cloud computing. By design, many of the core services with the public cloud and its unde...

Which Cloud Training Vendor Should I Choose? A 10-Step Vendor Checklist.

As companies increasingly move into a digital future, many of their digital transformation initiatives—modernizing IT, tackling big data, setting the stage for tech innovation—are made possible by the cloud. According to Gartner¹, more than half of global enterprises using cloud today w...