I recently interviewed Troy Petrunoff who works for the ambitious and visionary organization AngelHack. AngelHack runs a number of projects, but weekend Hackathons remain their signature events.
This is a mission-driven organization focusing on diversity in the software industry.

According to a recent Taulbee Survey (2013–2014), conducted by the Computing Research Association in North America, only 14.7% of CS bachelor’s degrees went to women. The U.S. Department of Education’s data shows the female participation level in computing peaked at about 35% in 1984, more than twice as high as it is today.

I am speaking with Troy from AngelHack because they build community around events that change the way developers think about themselves.

Take a look at our interview and consider new ways of building your computing skills.

Paul: Troy, a friend of mine introduced me to your organization and the more I learned the more fascinated I became.
I understand AngelHack pioneered the global hackathon. Your company info shows you have more than 97,000 developers, designers, and entrepreneurs in 65 countries who typically compete in building, testing and launching new solutions over the course of a single weekend. That sounds amazing.
Is this all virtual or is there a physical component to these projects?

Troy: Good question! It depends, is the best answer.
I would say the majority of our events are definitely software focused, with many of our partners providing great APIs and SDKs that can be used to create some really cool projects. But we definitely do always have a few, more hardware-inclined attendees that bring in a more physical element that takes the project from just something living online/in-app, to something more tangible.
We’ve also done hackathons that do have a maker-focus, like our FLIR Hack The Heat series, which provides attendees with both software and hardware elements to work with.

Logistics must be incredible. What technologies support this sort of endeavor?
Almost any API, SDK, or hardware kit works at a hackathon. The key isn’t so much the technology as it is helping people discover the right idea ahead of time and giving them the support they need to make it a reality.

Does Cloud Computing figure largely into your stack?
Depends on the technology. Some of our partner technologies use it heavily like HPE or IBM Watson. Some, not as much.

OpenSource is a core value for your organization. What are the most popular tools?
* GitHub
* StackOverflow

When is the next event, and how do developers involve themselves?
Our event calendar is packed, and by the time your readers look at this, we’ve probably put on 5 events since writing. But you can always check out angelhack.com/events to see what we have coming up! (hint hint, you can use the code AngelNews and get discounted tickets).
We’re currently in the middle of our 9th Global Hackathon Series, but we have a ton of hackathons down the road that we’ve teamed up with companies like FLIR, HPE, Money20/20 and more to put on.

I understand AngelHack is an all female-owned, female-majority company. Computing is stereotypically majority male. Do you attribute your success to exceptional diversity of your team and members?
I would! We have a great, talented, and totally diverse team, and I think that comes down to the fact that we have an amazingly talented and forward-thinking CEO and founder, who also happens to be a woman (Sabeen Ali). Our team is majority female, and speaking as one of the males on the team, I feel like that’s been a huge benefit to the company.

The stereotype is definitely that most developers are male, and that’s true. But I don’t think most people know how many female developers there are! We just did an event in Ramallah and had a bunch of female coders, plus 6 women on the judging panel (we always try and make sure our judging panels aren’t only made up of men). 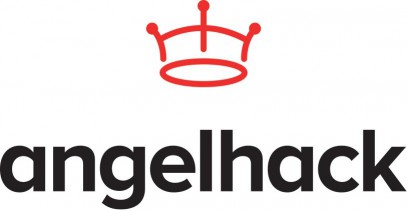 Do you have a volunteer network?
We do! We have AngelHack Ambassadors all over the world, and they’re the ones who help us with our Global Series. It’s a really great way to connect with the local developer community and sort of become the face of hackathons in whatever region the ambassador is located.

How can the average aspiring developer or accomplished developer become involved?
It’s really simple as just contacting us. You can reach out on social media, email info@angelhack.com, ask us in person at an event.

Funny story, someone tweeted us asking why we weren’t doing a hackathon in Ukraine, and through some conversation, it became clear he was a great option to be the one who helped us bring our first event there! And now we’re having the first AngelHack Ukraine on June 4th and 5th! The power of social media!

Your company is widely considered the world’s largest developer ecosystem. Can you explain what your team means by that?

One way we explain it is that we’re the world’s largest agnostic developer ecosystem. Google and Apple definitely hold the record for most developers working on their platforms, but they’re tied to specific languages and skills. Our developers work on so many different types of tech, but they’re willing to spend the time during a weekend learning something new. They constantly push themselves to try new things and, as such, aren’t tied down by one label or another.

The most important word in that statement, however, is ecosystem. AngelHack exists because of our community, and as our community’s needs evolve, we create new services to meet them.

Everyone knows us for our hackathons, and while throwing those we learned so many of the winning teams weren’t able to keep their project going. So we created the HACKcelerator program as a way we could give our community the opportunity to build out their hackathon ideas into start-ups.

The last few years, 65%+ of our community has said they’re looking for a new job. So we acquired Codeity, a recruiting platform that makes unbiased recruiting decisions. We’re still in beta stage.

So each time our community grows into something more incredible, we evolve to meet those new needs. Aka, a consistently growing ecosystem.

One of the tenets on your website states that you “run organized chaos.” What is meant by that?
Hackathons are a bit crazy. They’re weekend long, typically overnight events where we take over a venue and fill it with talented people. They’re centered around technology, and as we all know, technology can be a fickle beast. Sometimes the WiFi goes down, sometimes we’re out of extension cords, sometimes catering arrives late. There are a bunch of things that can complicate the event, but that’s what we are used to and expect.

When we’re running an event, we go into it knowing that everything is not going to go according to our (minute-by-minute) schedule. And we’ve become experts at managing that. We’ve done a 600 person hackathon that had all the issues I mentioned above, and more, and still pulled it off with aplomb, and we’re proud of that.

Your team makes another provocative statement:  You “believe in holistic hackers.” Could you speak to that in more depth?
Definitely. That essentially boils down to the fact that we’re trying to teach a broad range of skills through our events. Skills that really will help our attendees build a successful startup (if that’s what they’re trying to do). We do activities, like a pitch workshop, at all of our events that really help those who participant become more well-rounded.

How are topics for the Hackathons developed?
It depends. Our own AngelHack series events are less focused on one topic. There are a bevy of sponsor challenges that the hackers can cater their project too.
When we work with clients on corporate hackathons, those topics are much more focused, and the challenges are geared towards whatever technologies the client brings to the table. But we always work on making sure the challenges are relevant and interesting to our community. And we always try and make sure there is an element of social good in play.

Cloud Academy teaches skills with a continuous learning approach. What does continuous learning mean for you and your organization?
I would say most of our attendees come to our events to learn. A good number come with ideas that they want to build out and maybe find some co-founders. BUT, the majority come to learn and immerse themselves in the challenge because we all know the best way to learn new thing is to throw yourself in head first.
Usually, hackathon attendees don’t just go to one event and then they end their hackathon career. They go to every single one in their area. They frequently seek out new tech to work with and learn about. Our events are typically a starting point, not a destination.

What skills do AngelHack participants value most?
Off the top of my head: creativity, perseverance, willingness to learn, and a high energy-drink tolerance.

Cloud Academy proudly supports AngelHack and two of their upcoming events. You can follow the links if you want to learn more about the Hackathons. Take some time and explore Cloud Academy’s free 7-day trial subscription. I spoke about some of our learning resources at the start of this post. The free trial lets users explore everything we have to offer. Start a learning path. Build a working cloud application without leaving the Cloud Academy site. Do all of it for free and for your own benefit.

Let us know what you think. Continuous learning isn’t just something we talk about. We live it and iterate our resources based on community feedback.