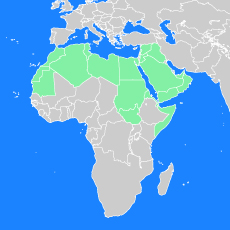 Countries in MENA have been investing in IT infrastructure and projects in order to develop their local economies and to build a knowledge-based economy. Dubai has built Dubai Internet City (DIC) as a regional hub for IT in the region, and most international companies are represented there. Countries like Jordan take leadership in human resources and development. Jordan contributes to 70% of the Arabic content on the web.

Other countries like Qatar have also undertaken significant initiatives to develop more sites with Arabic content. The number of Internet users is likely to continue to rise, especially with so many new communications technologies (WiMAX, 4G, Broadband, and fiber-based Broadband) being launched everywhere in the region. Demographic factors are also expected to contribute to Internet growth, as a high proportion of MENA populations is made up of young people who are comfortable with technology and will increasingly demand access to more.

Cloud Computing market analysis: growth in both usage and services

According to the Cisco Global Cloud Index (2013 – 2018), the Middle East and Africa are projected to have the world’s highest cloud traffic growth rate, growing more than 8-fold between 2013 and 2018. That is supported by the fact that the Middle East and Africa have the world’s highest rate of mobile devices per user (on average seven mobiles per user). The expectation is that the region’s cloud traffic will grow from 31 Exabyte in 2013 to 262 Exabyte in 2018, at a CAGR (Compound Annual Growth Rate) of 54%. MENA will also rank second in the world to the Asia Pacific region in the growth rates of total data center workloads (24% CAGR), cloud data center workloads (39% CAGR), and traditional data center workloads (5% CAGR) between 2013 and 2018.

From a public cloud point of view, the public cloud services market in the Middle East and North Africa (MENA) region is projected to grow 17.1% in 2015 to a total of US$851 million, up from an estimated US$727 million in 2014, according to Gartner. Software as a service (SaaS), the largest segment of the cloud services market in MENA, is expected to grow 25 percent in 2015 to $US205.7 million. Gartner predicts that by 2018, total public cloud services spending in MENA region will rise to US$1.5 billion, with SaaS accounting for 28.3% of the market. In general, IT spending on public cloud services in the region is expected to reach $1.1 billion in 2017. Growth in the adoption of these applications can be attributed to the fact that providers such as Salesforce.com, Google, and Microsoft have only recently begun actively 12promoting these services in the region.

Let’s have a look at the Saudi market; the largest in the region. According to a recent study published by International Data Corporation (IDC), the outsourcing, managed services, and the data center services market in Saudi Arabia is expected to total $570.6 million in 2015. The market is set to grow 16.2% year-on-year, primarily driven by increased spending on network and desktop outsourcing, and hosting infrastructure services. The cloud market, in particular, will perform strongly, spurred by the growing maturity of the Saudi ICT market and the increase in the number of companies using cloud services.

In general terms, our Cloud Computing market analysis suggests that in the Middle East and North Africa technology culture, private clouds and data centers are still better trusted than public clouds, especially in the government sector. That’s due mainly to security and privacy issues and, to some degree, regulation. However, there is an increasing willingness to rely on public clouds, especially among startups, and small to medium-sized business. From my own experience in the market, I expect to see a jump in public cloud demand and use in MENA region in 2017, as regulations, culture, and training related to public clouds will further mature.