Data Engineering & Business Intelligence - An Exciting QuestAWS Machine Learning Labs and Certification PreparationNew Content: Platforms, Programming, and DevOps - Something for EveryoneMicro-Blog 3 of 3 - Read These Before You Take the CKA: The Cloud Is Just Someone Else's ComputerCloud Academy Ranks Highly Across G2 Spring 2021 Reports

Update 2019: We’ve been busy working on some great training content around security, check out the Cloud Academy library to prepare on all-things cloud security.

Welcome to issue #4 of the Cloud Technology and Security Alert News Digest. Today we’ve got news of a new vulnerability that has hit Google App Engine and some new cloud services and pricing change. But the big news for us has got to be the unmet demand for Linux cloud experts. Read on…

Maintaining that “We have no reason to believe that customer data and applications are at risk,” Google does acknowledge that Security Explorations’ vulnerability discoveries in Google App Engine do have substance, according to ZDNet. 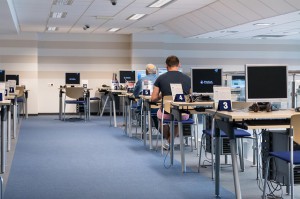 Demand growing for Linux and cloud computing skills. (Is anyone here surprised?)

ZDNet reports on the continued rapid growth of Linux in the enterprise and especially cloud server markets, at the expense of Windows and Unix deployments. Writing that the “growth continues to raise concerns about finding Linux talent” and that more than forty percent of the “world’s largest enterprises” consider this to be their greatest concern, ZDNet offers no solution. Perhaps the Cloud Academy community could be of service…

Not that Microsoft is going down without a fight, mind you. ZDNet reports that their BizTalk team will be rolling out connectivity infrastructure allowing communication integration which “will allow Azure customers to build composite applications using granular microservices” But to be perfectly honest, I haven’t a clue what all that means.

The race to the bottom continues in cloud pricing

According to ZDNet, new AWS pay-up-front pricing models and lower AWS transfer charges are leading the way in the ongoing pricing war between the cloud provider giants. As the major vendors continue to implement new features and functionality at a dizzying speed, the actual costs of deploying from the cloud keeps dropping. And I don’t hear anyone complaining.

A Linux system administrator with twenty years' experience as a high school teacher, David has been around the industry long enough to have witnessed decades of technology trend predictions; most of them turning out to be dead wrong.

New Content: Platforms, Programming, and DevOps – Something for Everyone

Service Control Policies (SCPs) are IAM-like policies to manage permissions in AWS Organizations. SCPs restrict the actions allowed for accounts within the organization making each one of them compliant with your guidelines. SCPs are not meant to grant permissions; you should consider ...

New Content: Get Ready for the CISM Cert Exam & Learn About Alibaba, Plus All the AWS, GCP, and Azure Courses You Know You Can Count On

The 12 AWS Certifications: Which is Right for You and Your Team?

As companies increasingly shift workloads to the public cloud, cloud computing has moved from a nice-to-have to a core competency in the enterprise. This shift requires a new set of skills to design, deploy, and manage applications in cloud computing. As the market leader and most ma...

Excelling in AWS, Azure, and Beyond – How Danut Prisacaru Prepares for the Future

Meet Danut Prisacaru. Danut has been a Software Architect for the past 10 years and has been involved in Software Engineering for 30 years. He’s passionate about software and learning, and jokes that coding is basically the only thing he can do well (!). We think his enthusiasm shines t...