When you’re ready to dive deeper into Google Cloud Platform (GCP), you’ll want to check out Cloud Academy’s Google Associate Cloud Engineer Exam Preparation. This learning path provides a solid foundation of how to set up a cloud solution environment; how to plan, configure, and deploy a cloud solution; and how to ensure the successful operation of a cloud solution built with GCP resources and services. The complete learning path includes 10 courses, 1 practice exam, 1 lab challenge, and 7 hands-on labs that let you practice your skills working in a live environment.

What is a VPC?

A VPC is essentially a virtualized network. It’s largely the same as a physical network but in a virtualized form. VPCs, in Google Cloud Platform, provide connectivity for various GCP resources, including Compute Engine VM resources, Google Kubernetes Engine clusters, and many others.

When you provision a VPC in Google Cloud Platform, the VPC will be deployed as a global resource; it will NOT be associated with and a specific zone or region. Subnets, which are different “sub-ranges” of IP addresses within the virtual network, however, will be regional resources, which means they will be accessible by any resources within the same region as the subnet.

When you deploy two or more VPC networks, you can connect them to each other by using VPC Network Peering, which allows resources in different VPC networks to communicate in a private RFC 1918 space. The traffic between peered VPC networks remains within Google’s network. It does not traverse the public internet. It’s also important to note that VPC networks can be peered with other VPC networks that reside in different projects and even in different organizations.

Before a VPC network can be used, at least one subnet must be created within that network. The creation of subnets is handled differently, depending on the VPC network type.

Certain use cases call for certain types of VPC networks. For example, in cases where it’s helpful to have subnets automatically created in each region, an auto mode VPC network is a good choice. However, there is a significant caveat to consider in such cases. Because you have no control over the predefined IP ranges that are used to automatically create the subnets, you need to be sure that these predefined ranges do not overlap with IP ranges that you might be using (or might want to use) for other solutions or resources.

Google recommends that you use custom mode VPC networks when working in a production environment.

So, what are the key takeaways here? Well, a VPC network is basically a virtualized network that’s largely the same as a physical network, but in a virtualized form. VPC networks are used to provide connectivity for various GCP resources, including Compute Engine VM resources, Google Kubernetes Engine clusters, and many others. 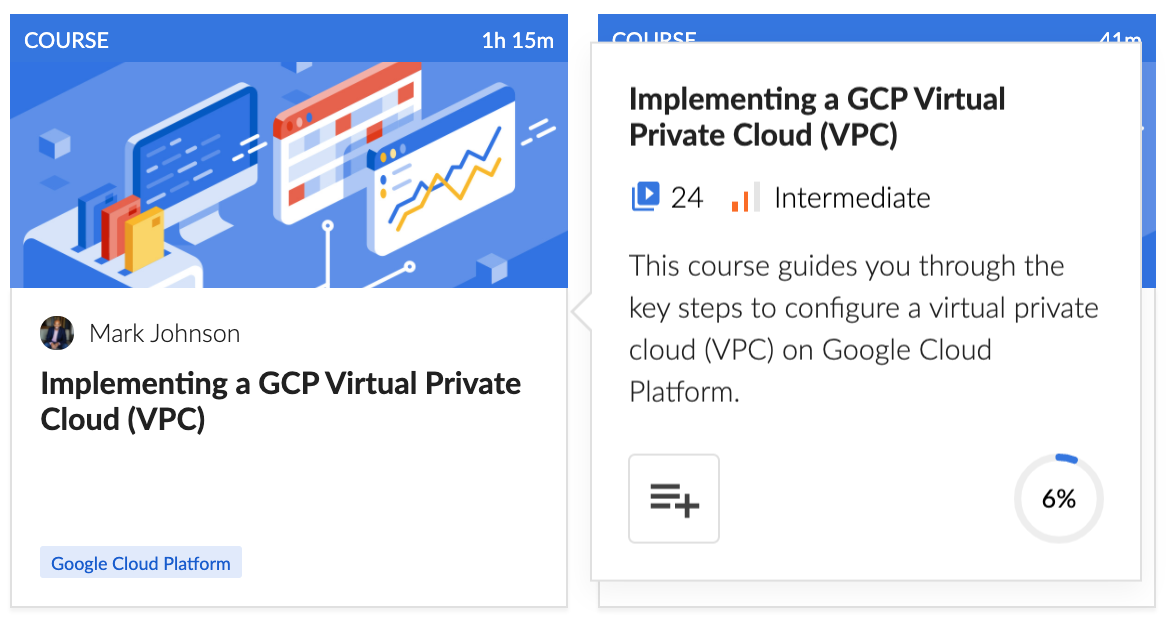