The “Google Cloud vs AWS” argument used to be a common discussion among our members, but is this still really a thing? You may already know that there are three major players in the public cloud platforms arena: Amazon Web Services (AWS), Microsoft Azure, and Google Cloud Platform (GCP). If you’re not yet familiar with these different cloud providers, then you’ll want to check out Cloud Academy’s Introduction to the TOP Public Cloud Platform. This Learning Path provides you with an overview of the three platforms and then takes a closer look at each. 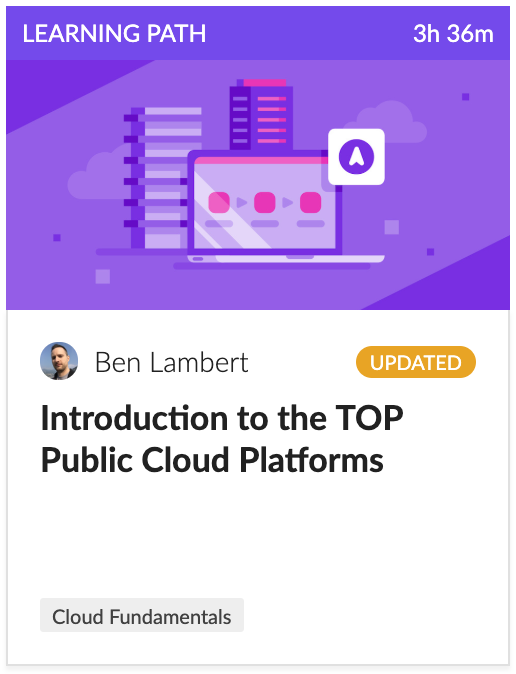 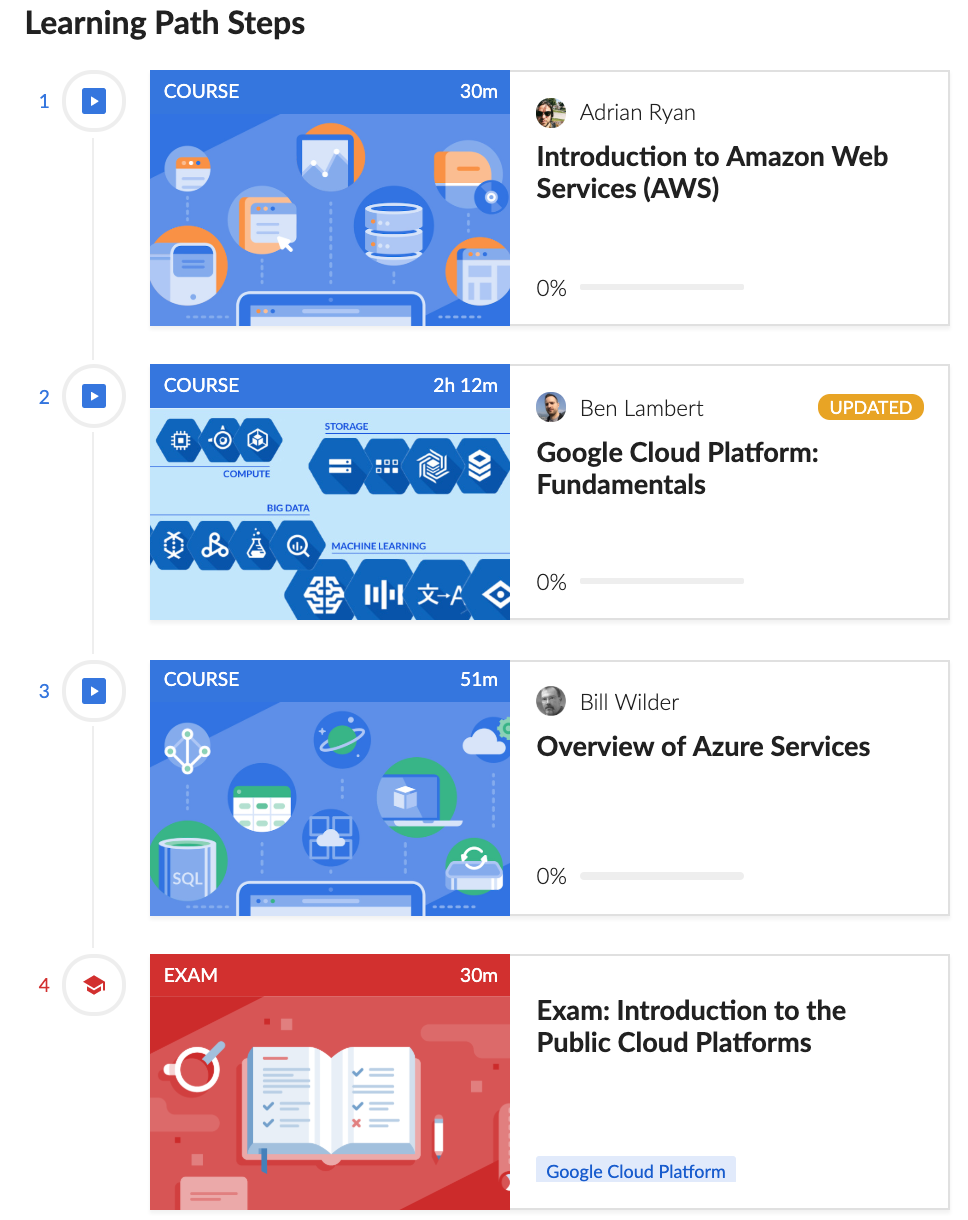 In this article, we’ll tackle the Google Cloud vs AWS questions with a thorough, data-driven approach to the major differences between these two major platforms. We will see what the strengths and the weaknesses of both are, how to take advantage of them, and how to start learning both.

Google Cloud vs AWS: The standings

The standings in the great cloud race have been pretty consistent for a few years now: AWS keeps on winning the whole thing, coming in first place, with Microsoft Azure gaining but still far behind in second, and GCP bringing up the rear in third.

So when we try and think about a comparison between GCP and AWS the first thing that might pop into many a person’s head is, “Why?”

Why, indeed. AWS has seemingly won, and no one really knows how things are going to shake out moving forward. How do you get a clear view into what seems like a lopsided contest — is there a good way to compare the entire offerings between these two tech titans? Well, even if they’re not totally comparable anymore, the effort is still worthwhile and we can glean something from that attempt.

What features does AWS offer — or rather, what doesn’t it offer? As the first to market and market leader, it conceivably has everything and is constantly updating all its resource and service offerings, keeping bloggers, devs, and analysts all on their toes.

With Anthos — the repackaging of their well-adopted and well-regarded multi-cloud Kubernetes engine —  Google can offer a service that will make their customers’ applications modern, compatible across any public or private cloud environment, and modular enough that it can change quickly for the future — even taking advantage of more of their offerings such as AI and ML.

This is especially being targeted at newer startups that are able to move more quickly and don’t have to be concerned with legacy code, ensuring a fast go-to-market. In addition, GCP is continuing to embrace open source, which benefits users by providing well-supported and frictionless frameworks to (again) help get products out the door.

Some of the open source technologies supported by GCP — from past successes to new relationships — are listed below. These are offered as managed services through Partners.

From the above list, it looks like GCP is going all in on data and analytics — choosing to be the once and future hub for data.

Not only that, but GCP’s emphasis towards a speedy development process is possibly a step (or half step) back towards the “don’t be evilness” of Google’s original days. How the chosen few open source technologies survive as opposed to others is to be determined, but there are definite benefits to customers’ cloud-agnostic strategies.

Data from the past few years has been clear, and the latest Q2 2019 data is no different. According to Synergy Research Group, AWS controls 33% of cloud market share while GCP controls 8%. What does this look like in revenue? AWS had Q2 revenue of $8.4B, while GCP’s Q2 revenue was undisclosed but they did reveal they have an $8B annual revenue run rate, which can be estimated to be $2B per quarter.

AWS has the overwhelming numbers, and they seem to be unafraid to show it (Microsoft — incidentally — didn’t reveal its Azure Q2 2019 revenue either, but we do have a clear picture of how Azure is consistently gaining on AWS’ market share lead, albeit in an expanding market).

So what’s a self-respecting multi-billion dollar don’t-be-evil corporation to do when everywhere you turn, the dangers of the Amazonian jungle are closing in from all sides? 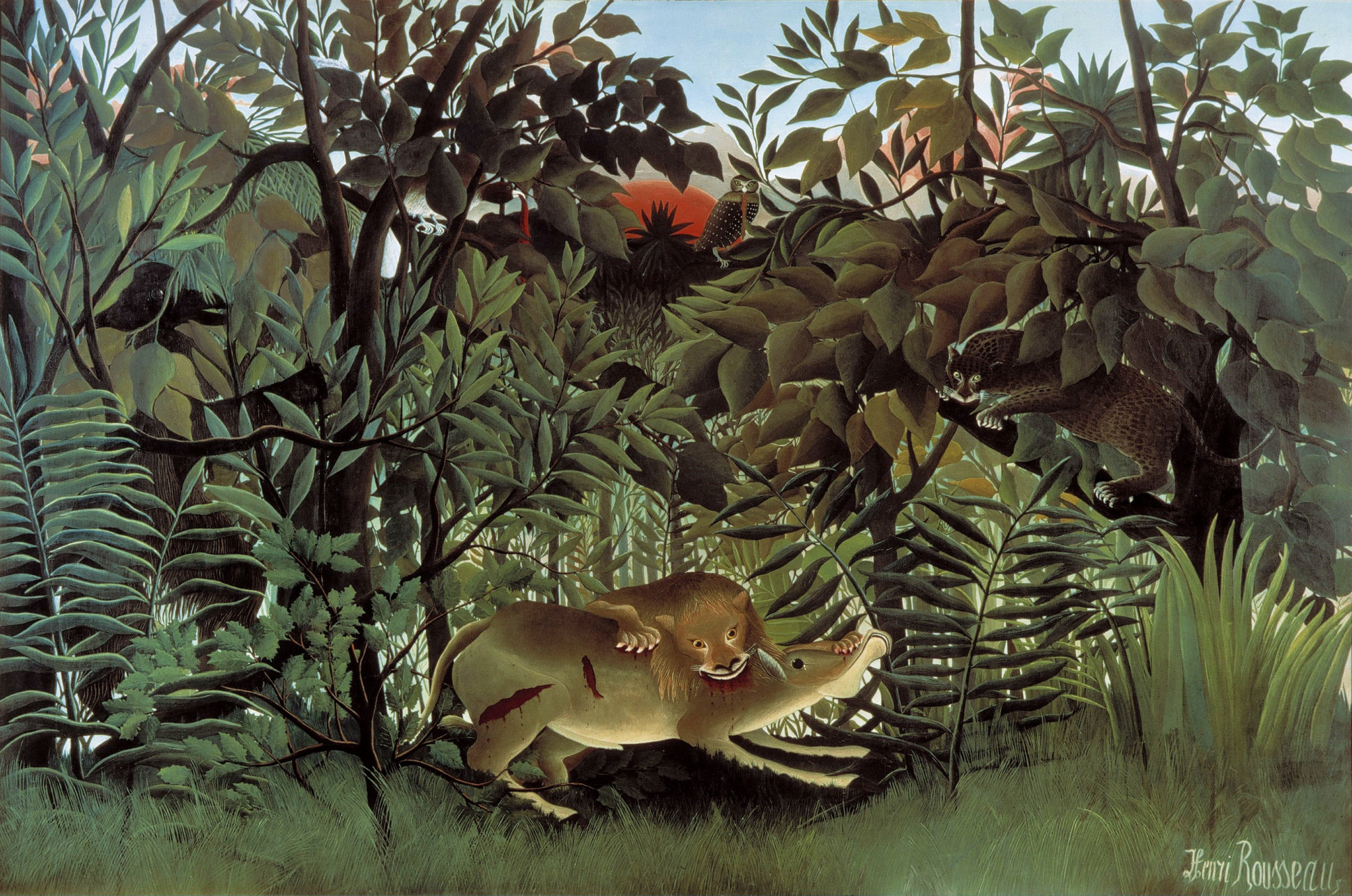 Google Cloud vs AWS: Has Google thrown in the towel?

First of all, judging from past forays into all types of industries (self-driving cars, IoT, mobile), Google is not one to back down from a fight. They at least have presented a very viable offering to their customers with a few nice differentiators. Some different takes they have on the basics of cloud pricing are:

In through the side door

With the release of Anthos, Google is putting a lot more emphasis on a strategy they think they can win at: containers and the hybrid cloud market. With 80% of all IT still being on-premises data centers and large enterprises having more of the (old fashioned) on-premises servers running (old fashioned) monolithic applications, Google is betting that they can streamline development and infrastructure anywhere using Kubernetes, GKE, and the whole Anthos ecosystem.

We could discuss this for days. Comparing complex platforms like Google Cloud and AWS is not easy. But here at Cloud Academy, we like to use data. Check out Stack Rack — Trending Technologies, which shows that while AWS is the top skill set being talked about online, Kubernetes (number 21) is the only Google-produced tech on the list — even GCP itself barely cracks the top 40 as far as interest in online job discussions.

We think this further supports that the market is proving that the multi-cloud container point of view has traction and that grip doesn’t necessarily have to favor one service provider. It also jives with the sense that Google has sincere effort to help developers and enterprises make the best product as fast as possible. They’re realizing that they have to find new ways to share their innovation and while they’re not the biggest player, they’re still a Goliath and can have a giant-sized impact if executed correctly.

Now matter which platform you want to learn, the next step is to start learning one of the major cloud platforms. Cloud Academy offers hundreds of Certification Training Learning Paths to begin — or advance — your cloud journey. These Learning Paths include AWS, Azure, Google Cloud, and DevOps, covering certification preparation from foundational and associate to professional and specialty level.