Microsoft Ignite 2018 was a big success. Over 26,000 people attended Microsoft’s flagship conference for IT professionals in sunny Orlando, Florida. As usual, Microsoft made a huge number of announcements, ranging from minor to major in importance. To save you the trouble of sifting through all of them, I’ll summarize the most notable ones for you. You can then have a look at our Azure Training Library to browse the content that fits best your cloud training needs.

The big news in Microsoft CEO Satya Nadella’s keynote was the Open Data Initiative. Since large enterprises typically have multiple customer management systems, it is difficult to get a complete view of their customer data. The Open Data Initiative provides a common data model to allow interoperability between different vendors’ systems. Initially, the products that will be able to exchange data are Adobe Experience Cloud/Platform, Microsoft Dynamics 365, and SAP HANA.

Most organizations are now generating a massive amount of data every day, so it can take a long time to run queries on it. Microsoft had the same problem, so they built a service that could query a billion records in under a second. This service is the backend behind Azure Log Analytics, Azure Application Insights, and Azure Time Series Insights. Now, Microsoft is making it available to its customers as Azure Data Explorer. Currently in preview, it allows you to run lightning-fast queries from your own applications.

One of the biggest sources of data these days is from Internet of Things (IoT) devices. If you’re interested in this topic, you can check out our Learning Path or read this blog post which also serves as an introduction to this particular realm. To help you make sense of all of this data, Microsoft is releasing a preview of Azure Digital Twins on October 15. The idea is that you create a digital model of an entire physical environment and then connect real devices to that model. This gives you a more coherent way to analyze all of the data streaming in from a physical environment, such as a factory or a building. Then you can create smarter spaces by improving aspects such as energy efficiency and occupant experience.

Getting your big data into Azure can be a challenge, so Microsoft has come out with a line of products to make it easier. Azure Data Box is a ruggedized storage device that can hold up to 100 terabytes. You load your data onto the device and ship it to Microsoft so it can be uploaded to Azure without having to deal with slow transfer speeds over the internet. This version of Data Box is now generally available, but Microsoft announced a new version called Data Box Heavy that can hold ten times as much data.

Microsoft also announced Data Box Edge, which is kind of an odd addition to this family of products. It’s still a physical appliance, but it’s intended to stay at your site and act as a file server that transfers your data to Azure storage. It also has artificial intelligence capabilities that you can use to preprocess your data before transferring it to Azure. If you just want the transfer functionality and would rather provide your own hardware, then you can get Data Box Gateway, which is a virtual appliance. Other than the original Azure Data Box, all of these products are in preview.

Speaking of artificial intelligence, there were plenty of machine learning announcements as well. The most interesting one was automated machine learning (automated ML). Instead of having to manually try various algorithms and parameters to build an accurate prediction engine for a given problem, automated ML does it for you. This would be expensive if it exhaustively tried every possibility, but instead, it intelligently explores the most promising approaches to converge on a solution more quickly.

You probably noticed that all of the above announcements were directly related to data. Considering how important and fast-moving the data space has become, this shouldn’t be too surprising. There were some significant announcements in other areas, too, though. For example, later this year, Windows Virtual Desktop will be released in preview. Traditionally, Microsoft has made it fairly difficult to run desktop versions of its operating system in the cloud. At the moment, you can spin up a Windows 10 virtual machine on Azure, but you can only use it for dev/test scenarios. For production use, you have to use Citrix Virtual Desktops or a competing product. Soon, Microsoft will finally make it easy to run Windows desktops on Azure. Windows Virtual Desktop will also be the first cloud-based service that can deliver a multi-user Windows 10 experience.

As Azure deployments have become more complex, Microsoft’s customers have been asking for new features to make it easier to manage their cloud infrastructures. One relatively simple addition is the new Azure Resource Graph, which helps you filter and search your Azure resources.

A more powerful addition is Azure Blueprints, which lets you automate the deployment of entire Azure environments. You might be wondering how this is different from Azure Resource Manager (ARM) templates. After all, you can use ARM templates to automate the deployment of almost anything in Azure. That’s true. In fact, an Azure blueprint usually contains ARM templates. An Azure blueprint is a collection of resource group definitions, ARM templates, role assignments, and policy assignments. When a blueprint is assigned to a subscription, it not only automates the creation of an environment, but it also keeps a record of the deployment. This makes it a critical new governance tool because it enables the tracking and auditing of deployments.

The old 70-532, 70-533, and 70-535 exams will be retired on December 31, 2018, so if you’ve been studying for any of those exams, make sure to take them before the end of the year. It’s still worth taking them because if you pass, you only have to take a transition exam to earn a new certification. For example, if you pass the 70-533 exam, you only need to pass the AZ-102 transition exam to become a Microsoft Certified Azure Administrator. Note that the transition exams will only be available until March 31, 2019. Also note that if you take a beta exam, you won’t find out if you passed until two weeks after the beta period has ended, which will be in January for the AZ-200 and AZ-300 series of exams.

If you decide to take any of the older exams before the end of the year, you can prepare for them with these Cloud Academy learning paths: 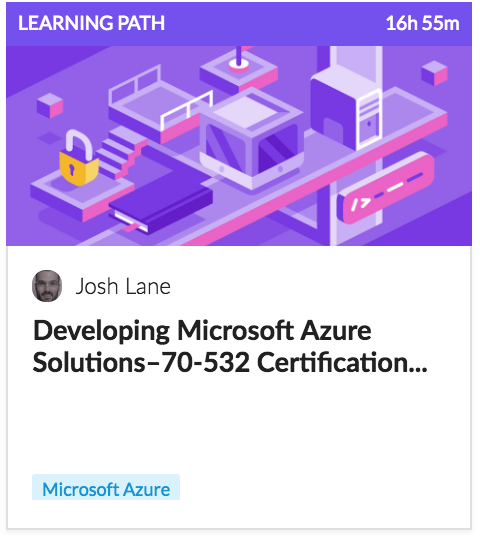 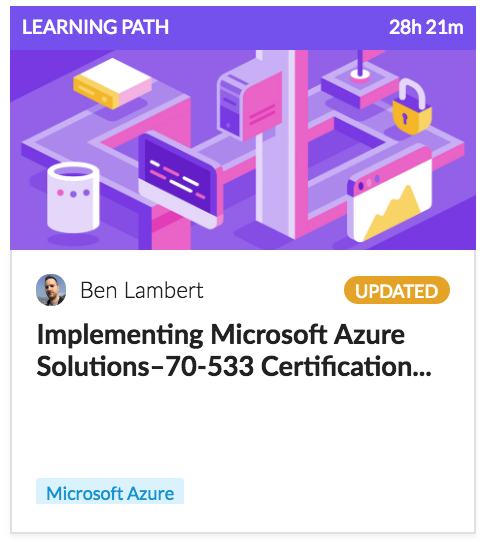 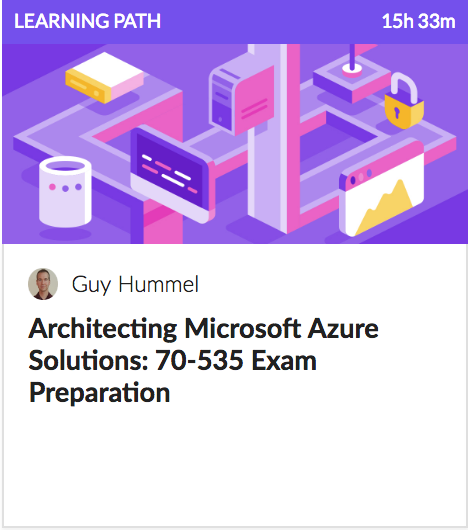 We will be releasing learning paths to help you prepare for the new certifications in the coming months, starting with AZ-100, AZ-101, and AZ-102. For other Azure courses, labs, and quizzes, see the Microsoft Azure Training Library.