In the IT world, failure is inevitable. A server might go down, an app may fail, etc. Does your team know what to do during a major outage? Do you know what instances may cause a larger systems failure? Chaos engineering, or chaos as a service, will help you fail responsibly.

It almost sounds counterintuitive to think that failing is one of the best security and reliability measures, but this is what chaos engineering is all about. The simple idea behind it is to create chaotic scenarios to test the systems you have in place. Break things on purpose. It’s so punk! 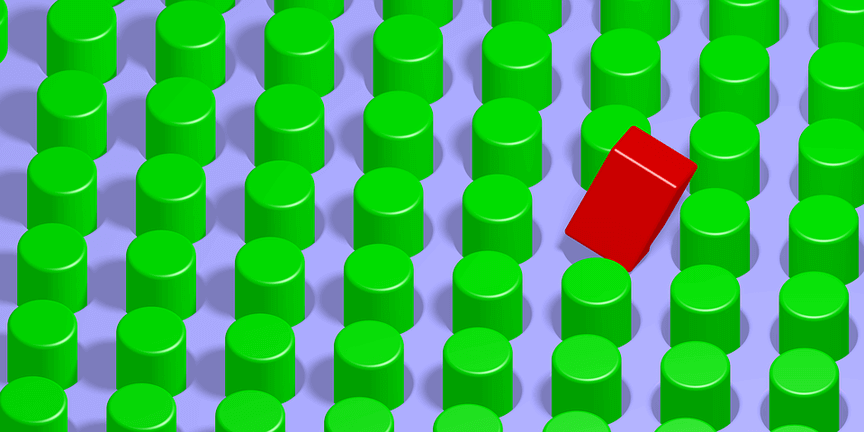 The Origins of Chaos Engineering

In our blog, we have talked about Site Reliability Engineering before but Chaos engineering is a relatively new phenomenon. It all started with Netflix’s move to the AWS cloud in 2010. Netflix saw the cloud as vulnerable. They believed that no instance in the cloud could guarantee permanent uptime. So, they created Chaos Monkey. Chaos Monkey was designed to randomly disable production instances to ensure survivability during common types of failures.
Chaos Monkey wasn’t enough, though. Netflix wanted to create an entire virtual army of chaos, the Simian Army, which includes: Latency Monkey, Conformity Monkey, Doctor Monkey, Janitor Monkey, Security Monkey, 10-18 Monkey, and Chaos Gorilla. I won’t go into each monkey’s function, but the idea is simple: Create chaos, guarantee reliability.

The Simian Army may be a fun tool, but it wasn’t always fun for customers. Some of the monkeys were responsible for customer-related problems. The chaos was too uncontrollable. Effectively managing failure like this requires controlled simulation. Thus, Netflix created Failure Injection Testing.

Failure Injection Testing (FIT) was designed to give developers a “blast radius” rather than unmanaged chaos. Mapping out specific places where the tests will occur eliminates the risks. These tests are supposed to be proactive, giving IT teams real experience in dealing with outages and other common problems. Without FIT, chaos as a service wouldn’t be a viable product for a mass audience. Netflix introduced the FIT practice in 2014 when Kolton Andrus was working at the company. Andrus later became the co-founder of Gremlin, a company that offers chaos as a service.

What is Chaos as a Service?

Chaos as a service isn’t exactly chaotic in its current state. The Simian Army may have caused real chaos, but its use as a service is far more controlled and logical. Essentially, if you could simulate chaos in your day-to-day life to maximize your personal efficiency, wouldn’t you?

Putting out fires is a term I constantly hear about in the world of IT. Networking fires, production fires, release fires, etc. Everything is so reactionary, but it doesn’t have to be. Simulation is the best way to learn how to manage a real-world situation. Think of chaos engineering as an experiment. If you’re performing an experiment, you have a hypothesis. Thus, if you don’t have a clue what will happen during a failure, it might not be the right time to use chaos engineering.

You should have some idea about what will happen after you run a chaos experiment. The original Chaos Monkey may have created mostly random chaos to test its systems, but this approach isn’t optimal. Teams should have some idea of what to expect. Having a detailed knowledge and expectation of your systems will make these experiments more effective. If you’re wrong, you will only better understand your systems and know what to fix.

The Benefits of Chaos Engineering

Now, chaos engineering may sound a lot like testing, but it’s not that simple. The primary difference between testing and chaos engineering is the scale and the results. Testing tools are usually simplistic in practice. You provide a testing tool with a condition, and it gives you a result. There’s only so much that can be learned this way. Chaos engineering creates an experimental scenario to not only test your systems but to test yourself and your team. You might discover far more than you asked for. By causing deliberate failures, IT teams will gain confidence that their systems can deal with failures before they occur in production. All complex cloud systems will eventually fail. Using chaos engineering will allow you to recognize what’s wrong with the system, what you can do to fix it, and how to better deal with failure in real time. Building the most effective system requires experimentation. Chaos engineering allows you to run specific scenarios that could happen at any time while a product or service is live. Running these scenarios allows you to measure specific aspects of a failure. Maybe the scenario returned the exact result you expected, maybe it resulted in something completely new. Either way, you’re able to improve your systems and provide the most reliable service to your customers.

Gaining insight into system problems also creates a better production environment. Everyone will know what to look for in the future, and what systems might be vulnerable. You can make changes in your cloud environments based on your results.

The Unpredictability of the Cloud

Containers, microservices, and distributed systems are becoming a staple for cloud computing. These tools are incredibly useful, but they must be properly maintained. Any cloud provider may be vulnerable to occasional downtime. How you deal with cloud-related problems shouldn’t be figured out through hypotheticals or during a real outage. Chaos engineering can be the unpredictability that the cloud brings. You can use it to discover what to do with your systems in a non-critical environment. Simulating failure allows IT teams to verify that cloud systems are behaving as expected. This kind of tool is invaluable.

Chaos Can Be Fun!

If there were a real zombie apocalypse, it would be nowhere near as enjoyable as a video game or film. The same goes for failure. Simulating failure can easily be turned into a fun activity. You can specify when the failure is going to happen and can prepare a game day around it. These simulated failures have no real consequence, so it’s a great way to channel your love for computing!

Start your cloud training journey with Cloud Academy. Check out more of my posts at Solutions Review here.