Docker is a relatively new open platform for building, shipping, and running distributed applications. Initially, it was mainly used for the creation of development environments, allowing applications to be easily tested in controlled, reproducible environments. More recently, as people got a better feel for what it could do, it’s also being used for continuous integration, Platform as a Service (PaaS), and production deployments.

In this blog post I will discuss the ingredients needed for effective continuous integration and deployment using Jenkins and Docker. In a later post, we’ll talk about the process itself.

CI is an organizational practice that aims to improve software quality and development speed by applying regular and automated unit tests against new code. Using a version control system, many development teams will regularly push new code from a project’s branches back to the main branch, allowing tested code to be quickly merged with the project and verified as deployable. A popular unit testing framework for Java code is JUNIT.

How does Docker work 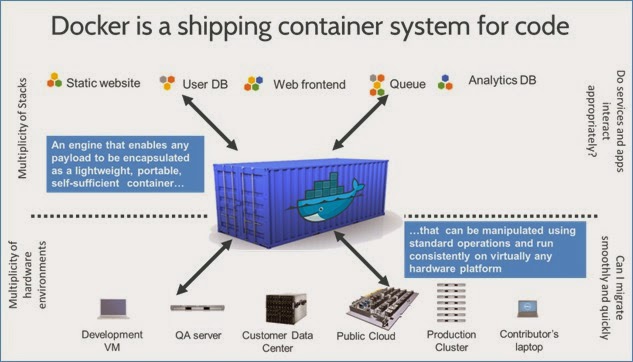 Common use cases of Docker

So far we covered terminology and players involved in the process of continuous integration using Docker and Jenkin. In a future post, we will explain practical workflow and processes and how we can use them with docker.