(Update) We’ve released new training material on Docker, including our Docker in Depth Learning Path that will take you through the entire learning journey on Docker that is made of video Courses, Hands-on Labs and Quizzes to test your skills. Visit the Cloud Academy’s Training Library for the latest content on Docker.

Docker containers are like B.A.T. bots (read: G.I. Joe Battle Android Troopers) spreading everywhere and powering developers worldwide to automate the deployment of applications as a lightweight, portable, self-sufficient containers that will run virtually everywhere. The world is buzzing about this new technology and it is really taking wings with each passing day now. An open source project used by the biggest companies of the world even from the earliest versions is an amazing achievement and something to really look at.

So why is this Docker thing so revolutionary? We have seen containers of all sorts in the past, like free-BSD jails, Solaris zones, LXC-based Linux Containers and so on. Nevertheless, this one is something that is not built for geeks only (like olden days command line freaks), but also for enterprise customers and with a pinch of very interesting features. Let’s see the top 4 reasons why Docker could change (and is changing already) the cloud computing scenario worldwide:

4 reasons why Docker could change the cloud computing scenario worldwide

Docker simplifies the way we work with software. While a Virtual Machine is a whole other guest computer running on top of your host computer (sitting on top of a layer of Virtualization), Docker is an isolated portion of the host computer, sharing the host kernel (OS) and even its binaries/libraries if appropriate. To put it in an over-simplified way, if I run a CoreOS host server and have a guest Docker Container based off of Ubuntu, the Docker Container contains the parts that make Ubuntu different from CoreOS. 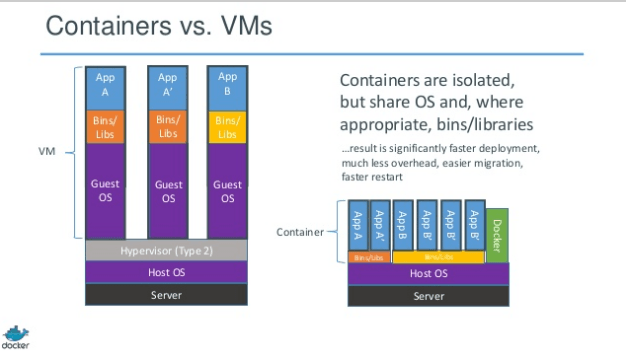 It replaces sandboxing with containerization and also provides a multi-language, agile, and cost-effective solution that provides developers with the flexibility needed to support a growing number of frameworks and applications. So this is actually hitting hard on VMs and proving highly useful for moving applications from expensive VMs to cheap containers. Docker, however, is built on top of LXC. Like with any container technology, as far as the program is concerned, it has its own file system, storage, CPU, RAM, and so on. The key difference between containers and VMs is that while the hypervisor abstracts an entire device, containers just abstract the operating system kernel. Take a look at the image above and you will have a better idea of what I do really mean. This means a lot for end-users, and this gets us to its next awesome feature.

As we have just seen, Docker uses a shared kernel. That means they are way more efficient than hypervisors in system resource terms. Instead of virtualizing hardware, containers rest on top of a single Linux instance. This, in turn, means you can leave behind the useless 99.9% VM junk, leaving you with a small, neat capsule containing your application. With a perfectly tuned container system, you can have as many as four-to-six times the number of server application instances as you could using Xen or KVM on the same hardware. Sounds great, doesn’t it? It’s easy to deploy and also avoid malpractices like in cases where your application requires the same OS and libs, but developers will have 10 different VMs using the very same environment, thus increasing resources, complexity and the costs too. Now with Docker, you can have all of them on a single server instance and use it easily. If multiple copies of the same application are what you want, then you’ll love containers. This move can save a data center or cloud provider tens-of-millions of dollars annually in power and hardware costs. It’s no wonder that they’re rushing to adopt it as fast as possible.

This is the major keyword that is responsible for the bull run. Developers can use Docker to pack, ship, and run any application as a lightweight, portable, self-sufficient LXC container that can run virtually anywhere. Container gives you instant application portability that has low overhead and easily scale and move across physical and cloud architectures. Due to this, there is a significant push in the software community to adopt Docker. This push is so strong that companies like Amazon, Microsoft, and Google have all worked together to contribute to its development and adopt it in their own cloud offerings. Even these companies, that are typically so at odds, have come together to support an open source project instead of developing and releasing their own solutions. Let that sink in for a moment. This is one of those occasions where the bleeding edge has developed so quickly that established technology giants have already integrated Docker into their production Cloud offerings. This rapid adoption, by even the most cautions companies with so much to lose, should help to eliminate the concern that the technology is unproven or too risky to adopt at home or in smaller firms.

DevOps professionals appreciate Docker as it makes it extremely easy to manage the deployment of complex distributed applications. Docker also manages to unify the DevOps community whether you are a Chef fan, a Puppet enthusiast, or an Ansible aficionado. 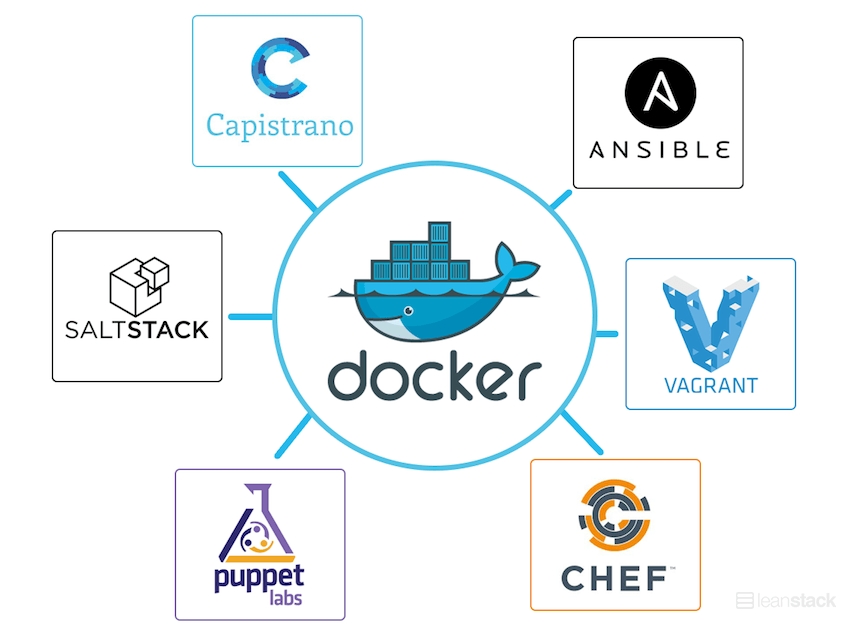 Docker is not a replacement for these technologies nor the organization want it to be. Instead, Docker, for example, abstracts the complexity of configuration management like Puppet. Shell scripts become unnecessary. Instead, it can be used for small or large deployments. It makes the new stack becomes more tangible. More so, it’s a catalyst for moving to lightweight services which are far more applicable to this new stack world than heavyweight, legacy technologies.

So, as you see Docker is just an awesome technology, and you should really get started learning it now to integrate it into your developing process. Like you, CloudAcademy has a couple of courses to get started with Docker and to learn the more advanced concepts, and they are available to all of our members. Ensure to follow them carefully, then start playing with this amazing software.