If you are running distributed microservices on AWS and find it challenging to troubleshoot issues as they come up, you’ll definitely want to learn more about the AWS X-Ray service. Announced in preview at the AWS re:Invent conference in November 2016, AWS X-Ray  is a new distributed tracing service. Updated at the AWS Global Summit San Francisco in April 2017, it graduated to GA (general availability) in all 14 public AWS regions.

In this post, we will give you an overview of AWS X-Ray Distributed Tracing System, Composition and Pricing.

AWS X-Ray helps you analyze and debug distributed applications. AWS X-Ray aids in the understanding of complex system behavior by helping you identify and troubleshoot performance issues and errors.

Stepping back, let’s take a look at what motivates a requirement for a distributed tracing service such as AWS X-Ray.

In recent years, there has been a strong progression away from monolithic architectures toward microservices. Software applications built using microservices have multiplied rapidly, and the trend shows no signs of slowing down.

A microservices architecture is a software design pattern in which a large application is decomposed into many smaller units, each with its own simple and discrete objective. The individual microservices are designed to collaborate and coordinate over a network, typically using a lightweight mechanism such as HTTP/REST with JSON. This communication may either be synchronous or asynchronous. 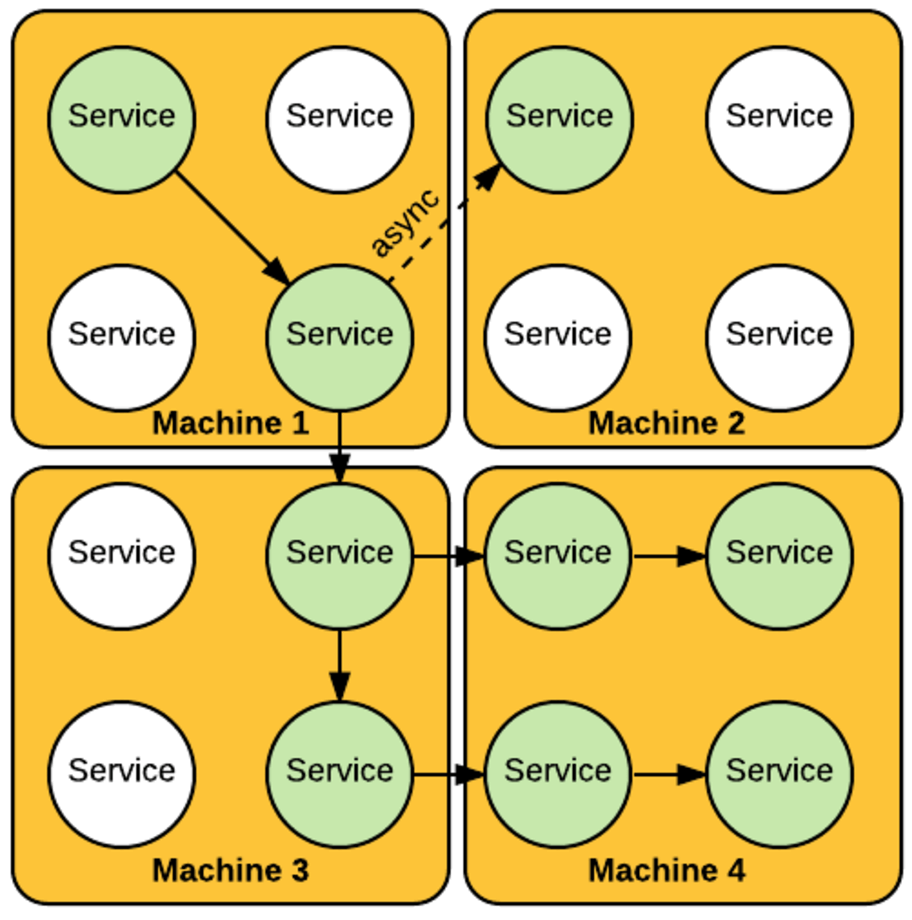 Coupled with the initial emergence and now wide use of cloud platforms such as AWS, we are seeing applications becoming more and more distributed and dynamic at the infrastructure layer. A single application today could well be composed of many servers deployed across multiple regions, multiple physical facilities, multiple VPCs, and/or multiple Availability Zones. These cloud architectures are additionally highly elastic and dynamic, so they adjust to application demand in real time. 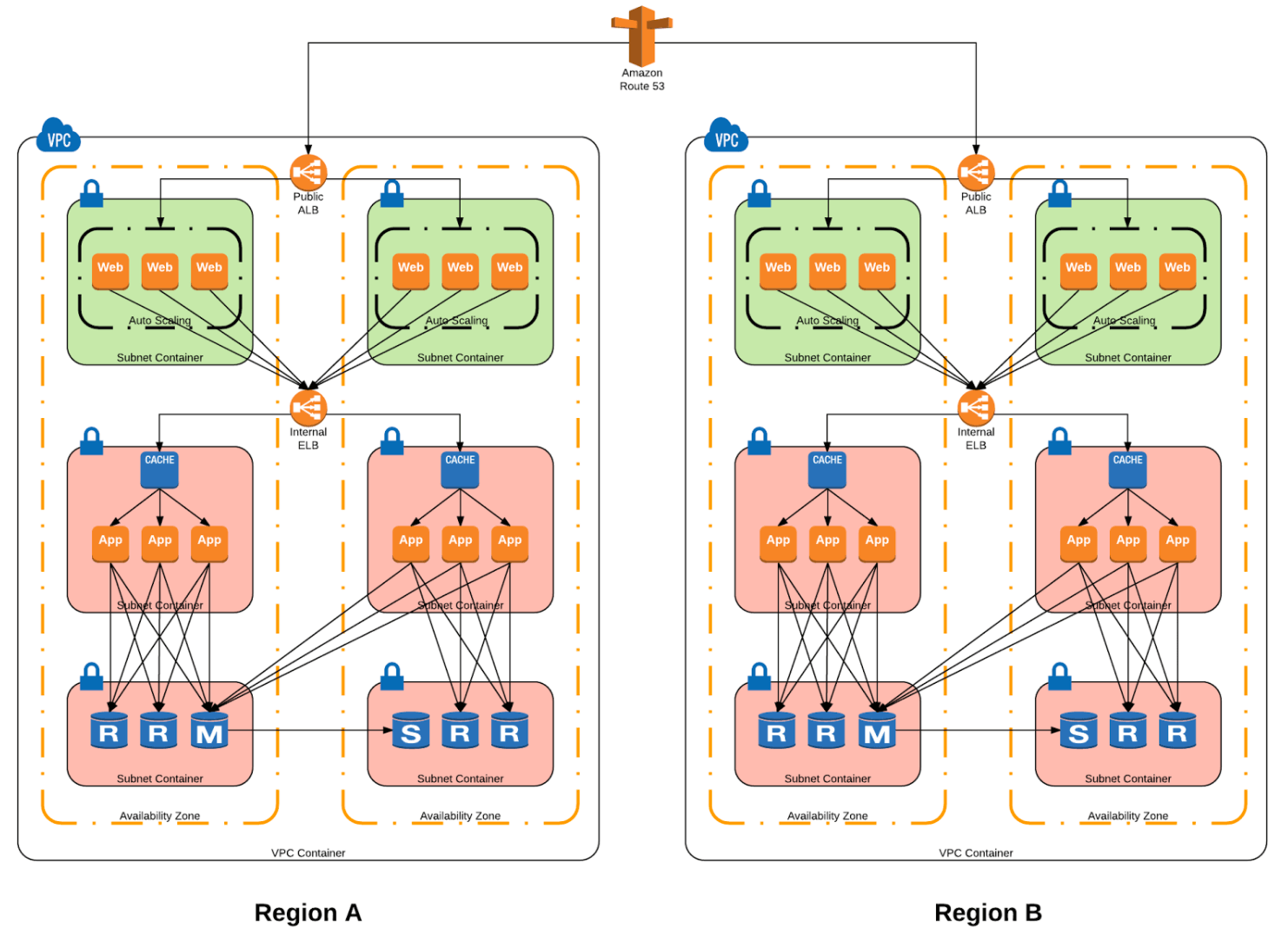 Jeff Barr from AWS succinctly articulates the challenge that X-Ray is built to address:
“The combination of cloud computing, microservices, and asynchronous, notification-based architectures has brought forth systems that have hundreds or thousands of moving parts. The challenge of identifying and addressing performance issues in these complex systems has only grown, as has the difficulty of aggregating individual, service-level observations into meaningful top-level results. There has been no easy way for developers to “follow-the-thread” as execution traverses EC2 instances, ECS containers, microservices, AWS database and messaging services”.

AWS X-Ray provides distributed tracing and monitoring support by extracting and deriving operational insights from within and across distributed systems running at scale. AWS X-Ray provides visibility into the pathways and performance of your deployed applications by providing traces of requests as they are routed through the different service touchpoints.
Highlights of the AWS X-Ray service include:

AWS X-Ray creates a map of services used by your application with trace data that you can use to drill down into specific services or issues. This provides a view of connections between services in your application and aggregated data for each service, including average latency and failure rates.
Within the  service map, the health of each node is represented by coloring on the ratio of successful calls to errors and faults:

The AWS X-Ray service is made up of the following key components:

Pricing for the AWS X-Ray service is very simple. First, there is a perpetual free tier that allows for the following:

Next, actual costs are accrued after the free tier thresholds have been reached, at the following rates:

To leverage the AWS X-Ray service you will need to instrument your application utilizing the appropriate X-Ray SDK. The X-Ray SDKs (Java, .Net, and Node.js) have been designed to be very low touch. At times, it takes no more than four lines of extra code to X-Ray enable your application.
For example, the following Node.js code would instruct X-Ray to capture and collect any downstream HTTPS requests, which would then be correlated back to the originating call:

The next Node.js example shows how to instruct X-Ray to capture and collect any downstream SQS activity:

The Service Map is a visualization computed by AWS over collected tracing data. It quickly allows you to understand the relationships and interplay between individual services that make up your application.

As you can see, the Service Map allows us to see the connectivity that exists between services and also highlights performance characteristics such as average response latency, etc.
The computed Service Map graph is an aggregated view of the tracing data collected based on the user selected time range. In the screenshot above, the time range has been set to the predefined value “Last 15 Minutes.”

This will find all traces that have hit the CALCULATOR service and carry a custom supplied annotation named calcid with a value set to 1234:

From here, we can now drill down into the details of any of the individually listed traces. Clicking on the first trace record brings up the following view: 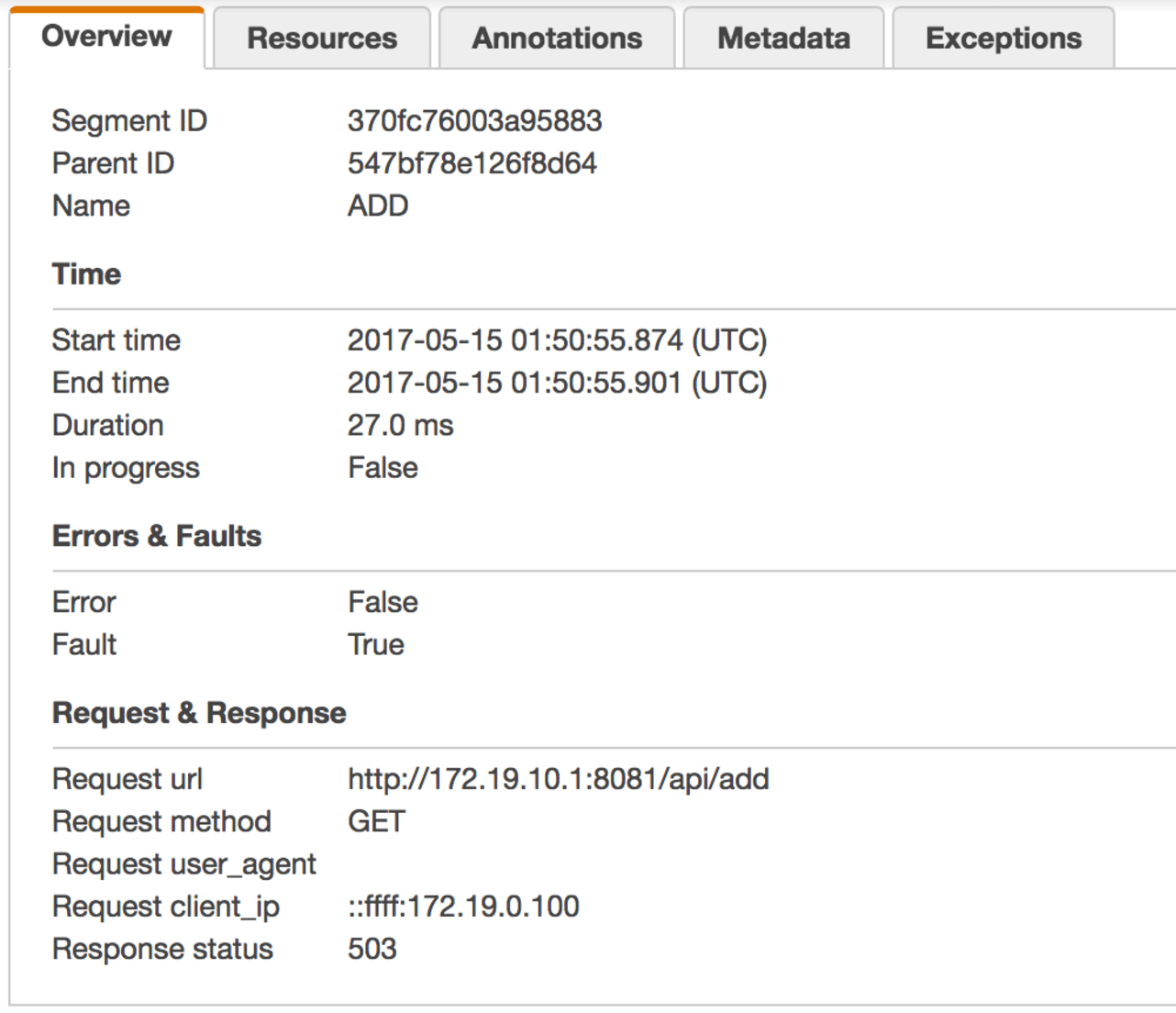 Here we can see additional details specific to the ADD segment such as start and end times, calculated duration, etc. We can also view message Annotations, Metadata, and/or Exceptions.

For a more comprehensive lesson on AWS X-Ray, check out the latest Cloud Academy course on AWS X-Ray:
Using AWS X-Ray to monitor a Node.js App deployed with Docker containers 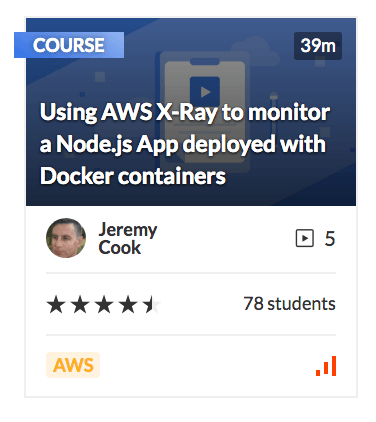 The course covers the following agenda:

The new AWS X-Ray service has launched to much fanfare, and it’s easy to see why. In essence, the service is well thought out and extremely easy to work with.
The AWS X-Ray Service Map console computes valuable operational insights into how your application is actually working at runtime. This allows you to compare this back to the architectural intent of your application, and deviations and latency hotspots will be quickly apparent.
Application instrumentation required to X-Ray-enable an application is generally very low touch; this coupled with the very efficient price point of the service will make it extremely appealing.

Go ahead and try it out today. It rocks!