Linux for beginners: with cloud-based use of the Linux OS growing exponentially, it might just be time for you to try it out for yourself

Don’t think you’ve ever been introduced to the Linux Operating System? You probably use it every day without even realizing it. After all, Linux servers run Google, Twitter, Facebook, and a whole pile of other major Internet sites.
Linux is virtually synonymous with the cloud. So if you plan on working with cloud-based projects, then it’s probably a good idea to pick up at least some Linux bare essentials. So that’s where we’re headed today: Linux for beginners.

By the way, Cloud Academy has a full introductory LPIC-1 101 Linux certification course to help you get started with Linux.

First, just for fun, here’s a short list of some stuff that runs on Linux:

Linux is everywhere. If you want to be anywhere, then I suppose you’ll need at least a passing familiarity.

The many flavors of Linux

While the basic system (or “kernel”) is the same, the look and feel and the software ecosystem driving one Linux distribution can be quite different from another.

My personal favorite, for my day-to-day desktop work at least, is Ubuntu, and that’s what we’ll use for this guide. But here are some others you may have heard of:

Those are by no means the only ones out there, or even necessarily the biggest. But they’re great places to begin a Linux for beginners test.

Linux for beginners (on your PC)

The best way to learn Linux is to use it. So why not just try it out on your PC without even needing to install it? If you like what you see, but you might possibly still need Windows from time to time, it is possible to install them both side-by-side as a dual boot. This means, that when your PC starts up, you get to choose whether to launch Windows or Linux. 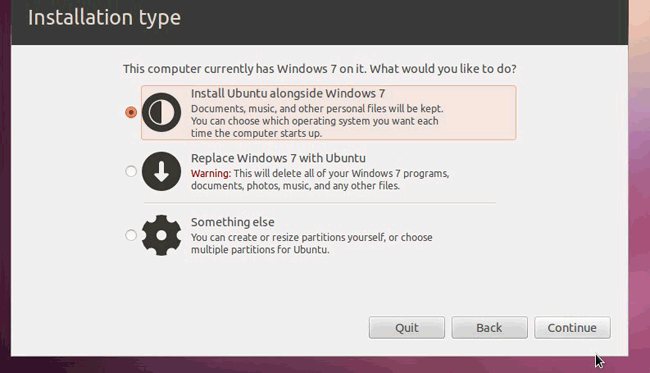 Linux for beginners on AWS

Another way to try out Linux is by launching an Amazon EC2 instance and playing around with it there. This has the added benefit of not requiring that you make any scary changes to your own PC. You’ll be able to choose from a number of Linux distributions and, once you are finished, you can just delete the instance completely without consequence.

Assuming that you are at the “Linux for beginners” stage, let me walk you through some basic Linux commands to help you find your way around a little easier. When you log in to a Linux session, you will find yourself in your user’s home directory. Let’s start from there.

Note: The following commands were all executed on an Ubuntu machine installed on my personal PC.
pwd – Print Working Directory

Running pwd from the command line will show you exactly where you are in the system directory tree. As you can see from my example, I am in /home/mick – which is my user’s home directory. This can be useful if you’re ever unsure exactly “where” you are.

The cd command lets you navigate from directory to directory on your system. In the example above,

changes my directory to ~/Documents. The “~” stands for my home directory, so the full path of my new directory is really /home/mick/Documents.

-al adds two parameters to the ls command, where ‘a’ shows all files – including any hidden files and folders, and ‘l’ displays a longer, more detailed directory list.
cp (copy)

Here, I copied the file keepass.key into /home/mick, then I ran

Where the two dots mean move “up” one directory. This brings us back to /home/mick. The final ls command displays the keepass.key we’ve just copied.
top top displays the currently running system processes that are taking up the most memory and compute resources.

Some common syntax you will find across most Linux distributions

Some other useful “Linux for beginners” Commands