I’ll be looking at what happened in 2016 through four different paths:

At the 2016 re:Invent keynote it was pretty clear to me that Amazon Web Services is approaching a completely new landscape in IT. We have seen this coming for the last 18 months and 2016 was a consolidation and confirmation of this trend. Let me explain.

AWS changes the way we manage and build IT services. Its set of primitives (EC2, S3, VPC etc.) basically provides the public with unlimited virtual resources to manage computation, storage, networking, and security. That was the first big revolution. Everything was not only virtual and payable per usage, it was accessible through APIs without any contracts or time delays.

This has been a revolution for developers, small- to medium-sized businesses, and lately, for the Enterprise. After 10 years, AWS is now focused on changing its approach. EC2, S3, and other primitives are now someone’s managed service. How these services operate and how to configure and manage them is something that Amazon will increasingly handle in the future.

Now, the real focus for AWS is letting companies and developers use more and more abstraction with services oriented to specific application areas, such as machine learning, AI, data collection, and data analysis. Forget about the infrastructure, forget about servers and instances. Those are the fundamental pieces that make AWS run. Everything else is now software and can be “consumed” through API calls to integrate specific components in your software solutions. 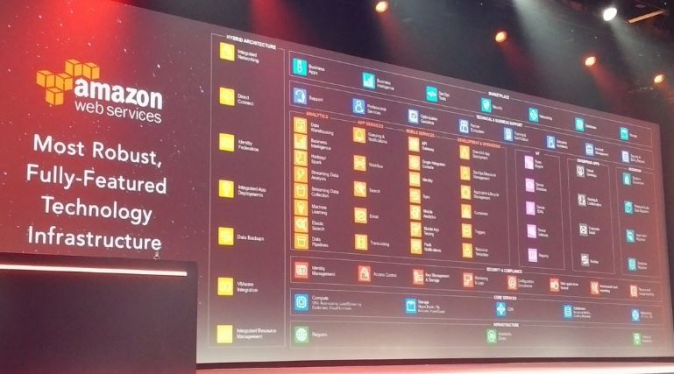 Serverless is probably the easiest example. My colleague Alex Casalboni has talked about this trend in several articles where he has offered some real scenarios for how to implement and use Serverless (AWS Lambda in this case) in your applications. Part of this is an even stronger focus on code development and deployment to allow developers to build more and more software designed for AWS from day one. Another part of this is enabling companies with machine learning, data-intensive frameworks, and AI to build real innovation within their software stacks without investing in third-party technologies or creating technologies and frameworks from scratch.

Werner Vogels based his re:Invent keynote on “superpowers”. Essentially, AWS wants anyone to be able to build even more capable software solutions that are 100% dependent on Amazon’s set of services. All of them are, of course, highly profitable products for AWS as they switch the metrics from IaaS to SaaS.
Now, to support my point that the cloud industry is shifting away from a focus on infrastructure and is instead increasingly approaching “applications”, look at what AWS and Azure launched over the last 12 months. This is also a trend for Microsoft Azure and Google Cloud Platform.

In 2016, several services became managed services and the attention is now moving to real frameworks and applications that offer specific capabilities to integrate them into your software.
We are moving from cloud vendors who were providing infrastructure solutions to cloud vendors who are software and solutions enablers. For customers, the focus is now on how to put all of these services together to build software solutions. Did you see it? All of sudden, everything is abstracted from the infrastructure (of course you are running on the public cloud, what else?) and everything you build is based on a cloud service.

Software and solutions (for hundreds of industries) will be built using frameworks and solutions provided by Amazon Web Services, Microsoft Azure, and others. It makes sense for you because building machine learning services is not your business (just an example), but your data is already there (you are pushing data to the cloud from your software every day). Adding a new set of functionalities to your software is now a matter of deciding which API you should call.
What is the final result? This has huge consequences for:
1) How (quickly) we build, operate, and innovate in software development for the entire world
2) How skills and people become the core asset for every industry and company worldwide
Let’s go to my next point from here: The Enterprise.

Cloud is the new normal: A must for the Enterprise

“Cloud is the new normal”, the AWS slogan from two years ago, is now a reality. Today, the cloud is no longer the “new normal” for just developers and SMBs, but more of a standard solution for the Enterprise world. From banking (Capital One was one of the biggest sponsors at re:Invent and they have huge plans for the cloud) to manufacturing, every industry has started migrating to the cloud. Now, those industries are consolidating plans to build and operate their services and products in the cloud. Again, if you think about it, it is amazing how far we have come in the last 5 years.

No one talks about security concerns and issues anymore. Instead, the conversation shifted to enterprise scenarios in the public cloud and how to operate hybrid platforms with on-premise and public infrastructure.While AWS is still learning a lot from the enterprise world, Microsoft Azure became quite aggressive in 2016 by launching a series of tools and new services for the Enterprise world and by moving more and more customers to its public cloud.

The cloud skills war in IT

The real war in 2016 was over cloud skills. There is a huge gap in the industry when it comes to cloud computing skills. We saw this back in 2012 when we started working at Cloud Academy. Today, the demand for cloud skills is skyrocketing but companies and large enterprises are struggling to find the right competencies in the workforce.

In 2016, Microsoft Azure, AWS, and Google Cloud Platform all offered new certifications, and I’d expect this trend to accelerate in 2017. While companies are looking for cloud professionals, there was a growing demand for professionals who were able to work in a multi-cloud environment. Several of our large enterprise customers are using Cloud Academy to continuously train their developers and engineers on AWS, Microsoft Azure, and a variety of other technologies in the ecosystem. As far as 2017 trends in cloud computing are concerned, with more certifications available, this will become normal, and we will see Microsoft Azure and Google Cloud Platform get stronger in the certifications market.

Continuous training and retraining are becoming the biggest challenges for SMBs and large enterprises as AWS and other vendors keep creating new products and releases. With large enterprises operating thousands of services on AWS and Microsoft Azure, having strong training programs and the ability to monitor and map skills inside their companies will be a competitive advantage. We have seen this for consulting companies since 2013. However, in 2016 it became clear that large enterprises are investing more and more in training and retraining their workforces for cloud skills. At the same time, they are also building internal programs for continuous training. In our work with some of the biggest organizations across several industries worldwide, we have noticed that they are now competing for top tech talent just as companies like Google and Facebook do worldwide.
Until now, cloud skills have been mostly targeted at technical teams inside the enterprise. In 2016, however, we have seen more and more companies designing broader training programs for tech and non-tech executives. Understanding the cloud and how this influences business metrics has become a priority for many companies.

I think that 2017 will accelerate the trends we saw in 2016.
Also in 2017, I believe that AWS will no longer be “so alone” in the cloud space. While Amazon is still the market leader in the public cloud space, Microsoft Azure is quickly gaining market share. Our customers are increasingly requesting training for this platform and we have seen this trend growing in 2016, especially for the Enterprise.
While the ecosystem keeps growing, I expect areas like Containers to consolidate to a few strong players. This is also a crucial year for Docker. The company has been growing and releasing updates at a very high rate, and 2017 will be the year to push for enterprise adoption and standardization.
Google Cloud Platform is definitely gaining momentum, even if we still see it as quite far from AWS and Microsoft Azure in terms of adoption. Google just launched an updated version of its cloud certifications and Cloud Academy’s content team is already working on them.