Eventually, just about all AWS skills will be covered through the three-course levels and specialized Tutorial Tracks: 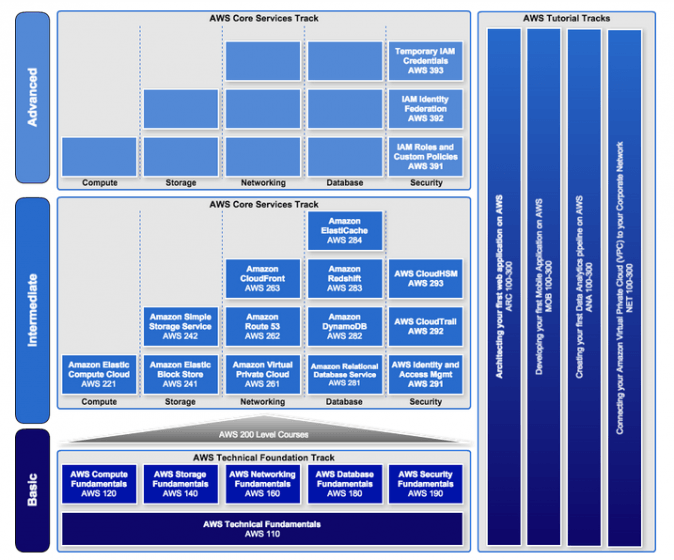 By following the four tracks of the AWS series (100-level Basic, 200-level Intermediate, 300-level Advanced, and Tutorial Tracks), you’ll be able to systematically progress through all the core and specialized skills you’ll need to master Amazon’s cloud administration.

In fact, however, the clear structure within which the Learning Tracks system is being built will also let you quickly and easily find and access just the information you need, exactly when you need it. Been around long enough to already be familiar with all the core AWS services? Skip right to our focused-skill Tutorial Tracks. Looking for help with properly configuring or accessing a particular service that’s been causing you grief? You’re just one click away from the explanation you’re after.

AWS Database Fundamentals provides an introductory tour of AWS database solutions. You’ll learn about the advantages of managed databases and about the basic structure and function of Amazon’s SQL-based RDS database – whether using the MySQL or AWS’s new Aurora database engine. You’ll walk through an actual configuration and launch of a highly available MySQL RDS instance and, finally, you’ll learn about NoSQL database formats, focusing on Amazon’s DynamoDB.

Over the next weeks, many more of the AWS Learning Track series courses are due to appear. While current plans call for at least twenty-five separate courses in total, we’re still researching the optimal balance and flow for our course material. If you’ve got any thoughts or preferences, we encourage you to contact us.