There were plenty of notable announcements at AWS re:Invent’s second official keynote address. This one was led by Werner Vogels. Here’s a quick recap: 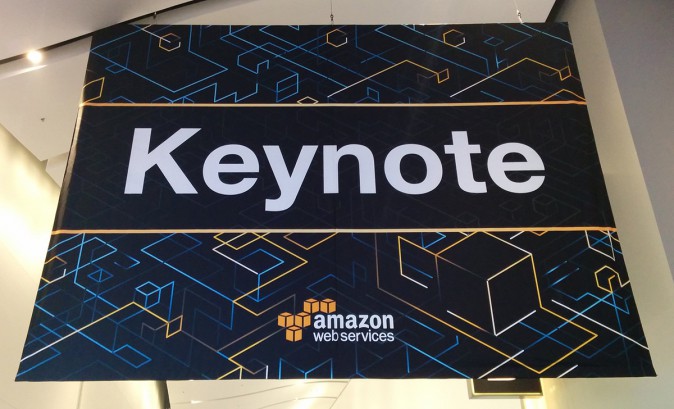 Cloud is the new normal

AWS released 500+ new features during 2015 and this October, released their AWS Well-Architected Framework paper to help everyone build apps the way we’ve always wanted.
Werner went through the seven laws every Cloud architect should know, here is a recap:

In fact, you should build your analytics by analyzing the past (historic data), by monitoring the present (real-time dashboards) and by predicting the future (smart predictions). And you can already do this on AWS, although streaming data processing is still challenging. That’s exactly what Amazon Kinesis Analytics will solve for you starting from next year, by offering a powerful sql-based time series analytics solution for your streaming data.

Last year AWS released ECS to help you manage Docker containers on a cluster of Amazon EC2 instances. This year’s goal has been to simplify production container management even further by introducing Amazon EC2 Container Registry, a managed repository for container images that will be available later this year.
We can definitely say that containers have simplified development, but Lambda makes it even easier (“because no server is easier to manage than no server”). Here are AWS’s Lambda-related announcements:

Each unit should have only limited knowledge about other units.

Werner talked about the duality of devices and mobile applications – involving the needs of mobile devices and custom mobile backends – and how AWS has been solving the mobile gap with services such as Cognito, API Gateway, Lambda, Mobile Analytics, Device Farm and SNS.
In order to further simplify the development of the next generation of mobile apps, AWS announced the Mobile Hub. This new service, currently in beta, will let you choose and configure the skeleton for your mobile apps, download its source code and integrate testing and monitoring as well.

Among competing hypotheses, the one with the fewest assumptions should be selected.

Werner briefly described how Facts have always been the result of well-defined Models, identified by means of Theories, which can be developed only through real-world Observations. This was a great introduction to the importance of the IoT concept.

AWS announced AWS IoT,  which will help you actually build IoT applications and securely connect and manage devices at any scale. It will give you the support to connect billions of Devices and strong Network capabilities thanks to a new lightweight communication protocol, Security via X509 certificates, Data Collection to collect your data with Kinesis, DynamoDB and  S3, and real Smarts to trigger your Lambda functions. AWS IoT already comes with a C and JS SDKs and an Arduino library.

The whole is greater than the sum of the parts.

You’ve got to fight for your right to party

Of course, we didn’t miss the official AWS re:Play party. I hope you will join us next year as well. In case if you missed the first keynote, here’s a full recap: AWS re:Invent 2015 Keynote