In part 1 of my webinar series on Kubernetes, I introduced Kubernetes at a high level with hands-on demos aiming to answer the question, “What is Kubernetes?” After polling our audience, we found that most of the webinar attendees had never used Kubernetes before, or had only been exposed to it through demos. This post is meant to complement the session with more introductory-level information about Kubernetes.

Containers have been helping teams of all sizes to solve issues with consistency, scalability, and security. Using containers, such as Docker, allow you to separate the application from the underlying infrastructure. Gaining that separation requires some new tools in order to get the most value out of containers, and one of the most popular tools used for container management and orchestration is Kubernetes. It’s is an open-source container orchestration tool designed to automate deploying, scaling, and operating containerized applications.

Kubernetes was born from Google’s 15-year experience running production workloads. It is designed to grow from tens, thousands, or even millions of containers. Kubernetes is container-runtime agnostic. You actually use Kubernetes to manage Rocket containers today. This article covers the basics about Kubernetes, but you can deep dive into the tool with Cloud Academy’s Intro to Kubernetes Learning Path. 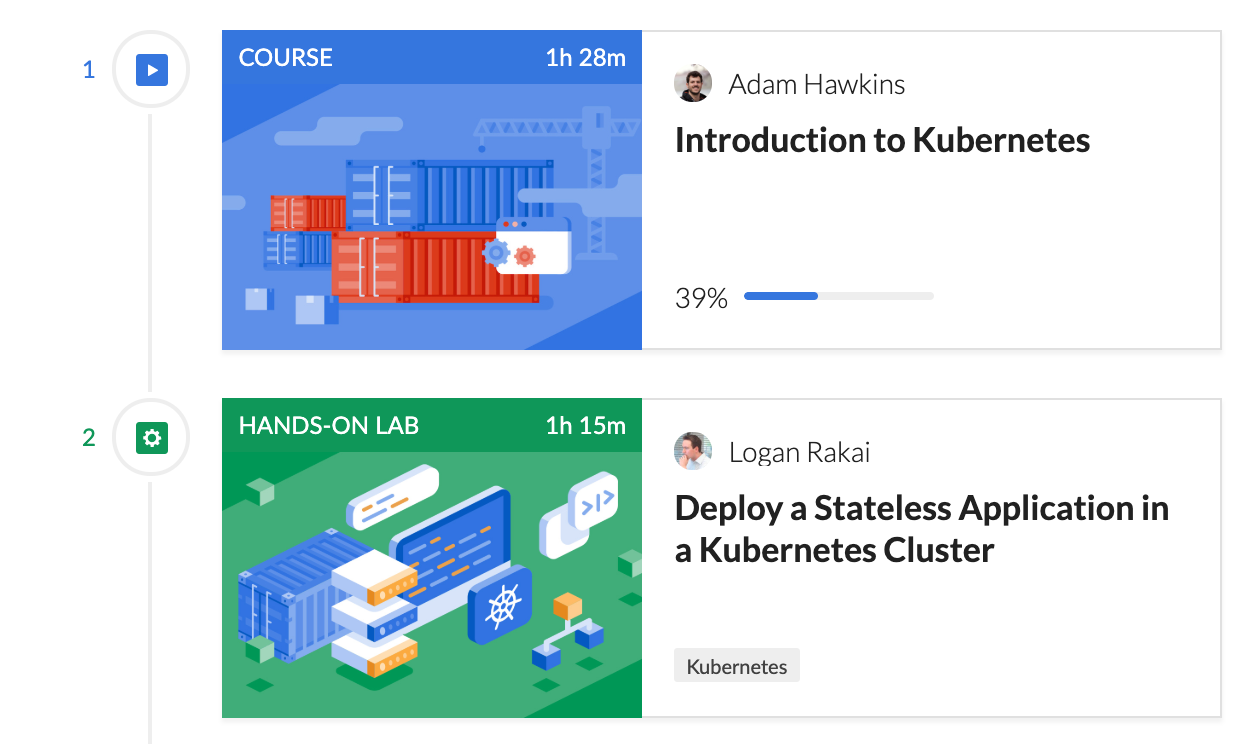 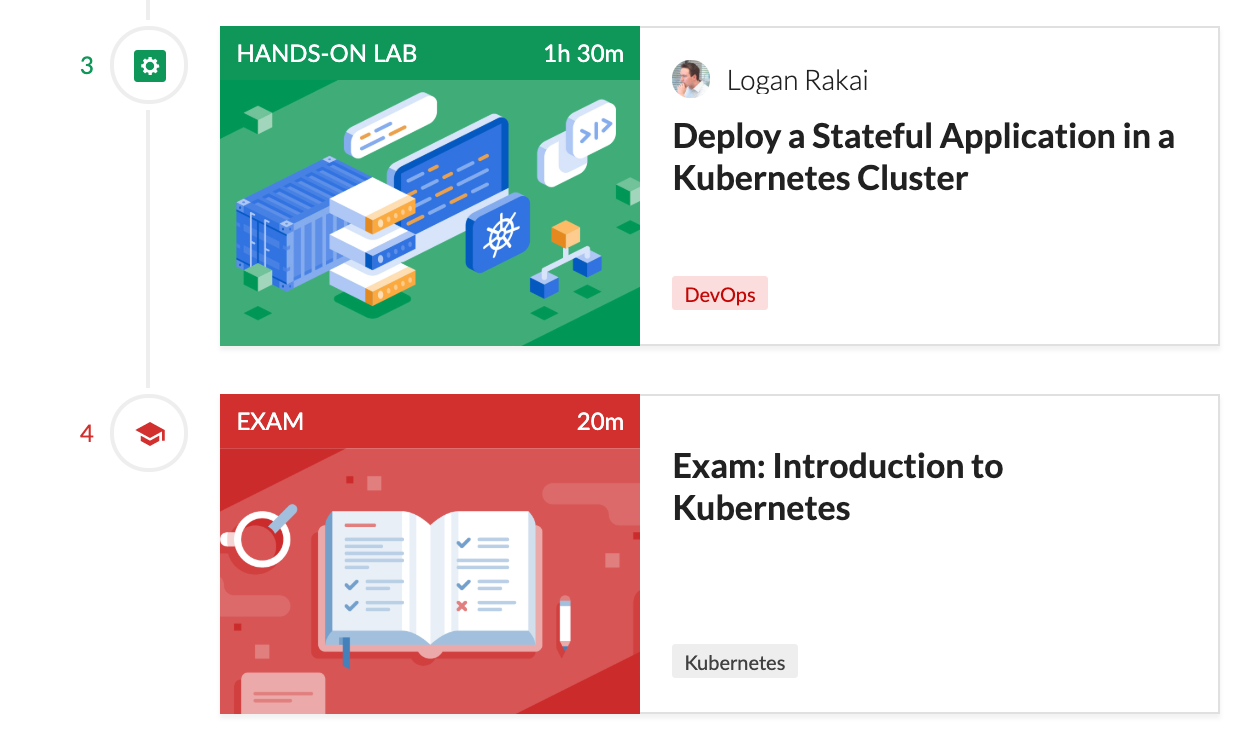 |
What can Kubernetes do?

Kubernetes’ features provide everything you need to deploy containerized applications. Here are the highlights:

How does Kubernetes compare to other tools?

Container orchestration is a deservedly popular trend in cloud computing. At the beginning, the industry focused on pushing container adoption, advancing next to deploying containers in production at scale. There are many useful tools in this area. To learn about some of the other tools in this space, we will explore a few of them by comparing their features to Kubernetes.

The key players here are Apache Mesos/DCOS, Amazon’s ECS, and Docker’s Swarm Mode. Each has its own niche and unique strengths.

DCOS (or DataCenter OS) is similar to Kubernetes in many ways. DCOS pools compute resources into a uniform task pool. The big difference is that DCOS targets many different types of workloads, including but not limited to, containerized applications. This makes DCOS attractive for organizations that are not using containers for all of their applications. DCOS also includes a kind of package manager to easily deploy systems like Kafka or Spark. You can even run Kubernetes on DCOS given its flexibility for different types of workloads.

ECS is AWS’s entry in container orchestration. ECS allows you create pools of EC2 instances and uses API calls to orchestrate containers across them. It’s only available inside AWS and is less feature complete compared to open source solutions. It may be useful for those deep into the AWS ecosystem.

Docker’s Swarm Mode is the official orchestration tool from Docker Inc. Swarm Mode builds a cluster from multiple Docker hosts. It offers similar features compared to Kubernetes or DCOS with one notable exception. Swarm Mode is the only tool to work natively with the docker command. This means that associated tools like docker-compose can target Swarm Mode clusters without any changes.

Here are my general recommendations:

Now you have some context and understanding of what Kubernetes can do for you. The demo in the webinar covered the key features. Today, I’ll be able to cover some of the details that we didn’t have time for in the webinar session. We will start by introducing some Kubernetes vocabulary and architecture.

Kubernetes is a distributed system. It introduces its own vernacular to the orchestration space. Therefore, understanding the vernacular and architecture is crucial.

Kubernetes “clusters” are composed of “nodes.” The term cluster refers to nodes in the aggregate. “Cluster” refers to the entire running system. A node is a worker machine within Kubernetes, (previously known as “minion”). A node may be a VM or a physical machine. Each node has software configured to run containers managed by Kubernetes’ control plane. The control plane is the set of APIs and software (such as kubectl) that Kubernetes users interact with. The control plane services run on master nodes. Clusters may have multiple masters for high availability scenarios.

The control plane schedules containers onto nodes. In this context, the term “scheduling” does not refer to time. Think of it from a kernel perspective: The kernel “schedules” processes onto the CPU according to many factors. Certain processes need more or less compute, or have different quality-of-service rules. The scheduler does its best to ensure that every process gets CPU time. In this case, scheduling means deciding where to run containers according to factors like per-node hardware constraints and the requested CPU/Memory.

Containers are grouped into “pods.” Pods may include one or more containers. All containers in a pod run on the same node. The “pod” is the lowest building block in Kubernetes. More complex (and useful) abstractions come on top of “pods.”

“Services” define networking rules for exposing pods to other pods or exposing pods to the public internet. Kubernetes uses “deployments” to manage deploying configuration changes to running pods and horizontal scaling. A deployment is a template for creating pods. Deployments are scaled horizontally by creating more “replica” pods from the template. Changes to the deployment template trigger a rollout. Kubernetes uses rolling deploys to apply changes to all running pods in a deployment.

Kubernetes provides two ways to interact with the control plane. The kubectl command is the primary way to do anything with Kubernetes. There is also a web UI with basic functionality.

Most of these terms were introduced in some way during the webinar. I suggest reading the Kubernetes glossary for more information.

What is Kubernetes? Demo walkthrough

There wasn’t enough time during the session to include everything I planned, so here is an outline for what did make it into the demo:

I suggest keeping this post handy while watching the webinar for greater insight into the demo.

I used Google Container Engine for the demo. You can follow along with Minikube if you like. All you need is a running Kubernetes cluster and access to the kubectl command.

How do I deploy Kubernetes?

First, I created a Kubernetes namespace to hold all the different Kubernetes resources for the demo. While it is not strictly required in this case, I opted for this because it demonstrates how to create a namespace and using namespaces is a general best practice.

I created a deployment for redis with one replica. There should only be one redis container running. Running multiple replicas, thus multiple databases, would create multiple sources of truth. This is a stateful data tier. It does not scale horizontally. Then, a data tier service was created. The data tier service matches containers in the data pod and exposes them via an internal IP and port.

Next comes the support tier. The support tier includes the counter and poller. Another deployment is created for this tier. Both containers find the server container via the API_URL environment variable. This value is composed of the app tier service host and port.

At this point, we have a running application. We can access logs via the kubectl logs command, and we can scale the application up and down. The demo configures both types of Kubernetes probes (aka “health checks”). The liveness probe tests that the server accepts HTTP requests. The readiness probe tests that the server is up and has a connection to redis and is thus “ready” to serve API requests.

Even if you’re new to all of this, it’s a good idea to lay a foundation of robust security when digging into an important service like Kubernetes.

You can start with some high-level best practices such as:

What is Kubernetes? Part 2 – stay tuned

Part 1 of the series focused on answering the question “What is Kubernetes?” and introducing core concepts in a hands-on demo. Part 2 covers using Kubernetes in production operations. You’ll gain insight into how to use Kubernetes in a live ecosystem with real-world complications. I hope to see you there!