AWS Directory Service is a recent addition to Amazon’s managed services portfolio. As a PaaS, it offers a way for Microsoft Active Directory (AD) based applications to connect to a pre-built directory server in the AWS cloud. This frees the system administrator from having to build an AD from scratch.
Most companies using Active Directory – or another LDAP-compliant server – for identity management would typically run their directory servers on-premise. Even when the infrastructure is fully hosted in AWS, one or more EC2 Windows Servers would be custom-configured as Domain Controllers (DC) in a forest and major services like email, databases or antivirus would use those directories for authentication and group policies. A standard fault tolerance method would be to use two DCs replicating between two Availability Zones (AZs).
With AWS Directory Service, this model goes one step further. Here, Amazon automatically creates and manages the entire directory for customers. It’s the same model followed in other managed services like RDS, DynamoDB or Code Commit: there is no physical access to the underlying machine or its operating system because Amazon takes care of all the hard work. Users simply connect to the service endpoint with a client tool.
Directory Service comes in two flavours:

Both Simple AD and AD Connector offer some great benefits for end users:

Setting up a Simple AD is easy. As you can see in the screenshots below, we are creating our Simple AD within a previously created Virtual Private Cloud (VPC). We named our VPC “AD-VPC”. It has two subnets with different IP ranges.

Next, start the wizard from the AWS Directory Service Console.

We talked about how AWS Directory Service creates a Security Group with custom rules. In the following screenshot, we see this Security Group in the VPC: 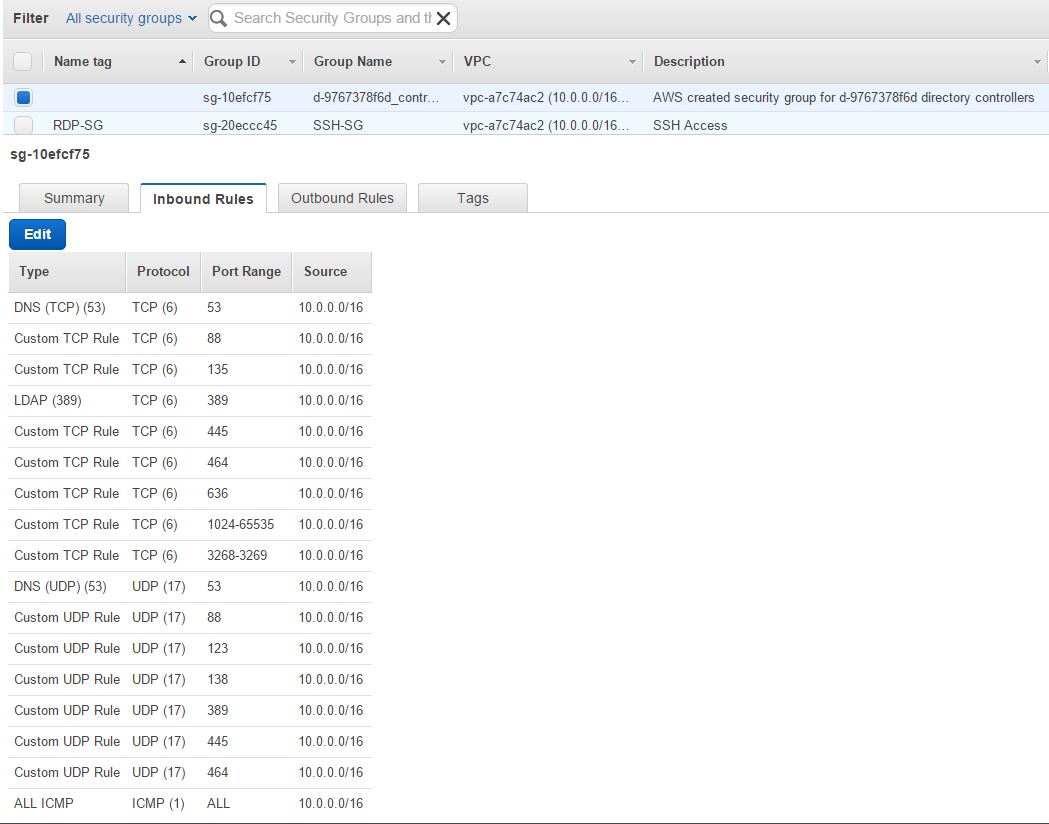 Now that your Simple AD is created, you need to be able to manage it. For that, you will need to: 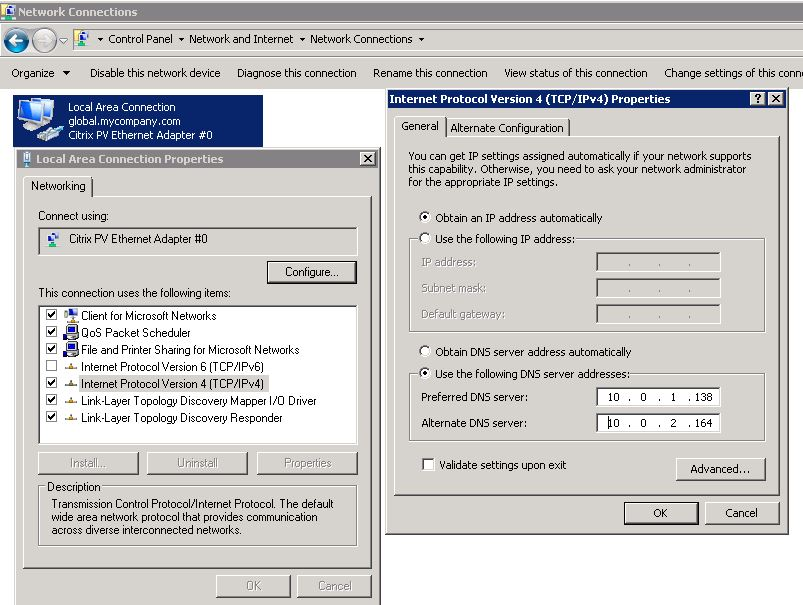 We are also adding the machine to the domain from its compute properties. When the dialog box asks for credentials, the username should be Administrator and the password should be what was provided when the AD was created. 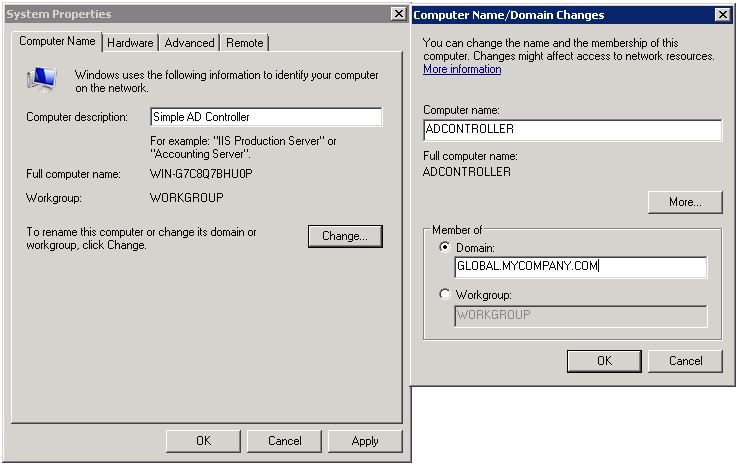 Once the configuration completes and the machine reboots, you need to provide the same credentials to remotely log into it. In our case, the user account is GLOBAL.MYCOMPANY.COM\Administrator and the password is what we provided before.
From the computer properties, you can see the server has become part of the Simple AD. 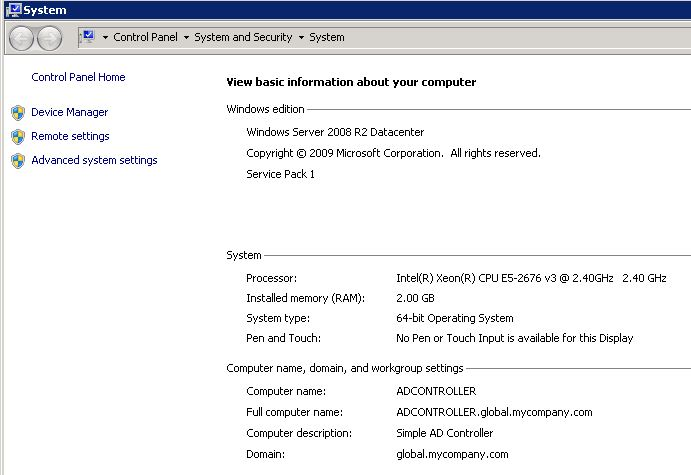 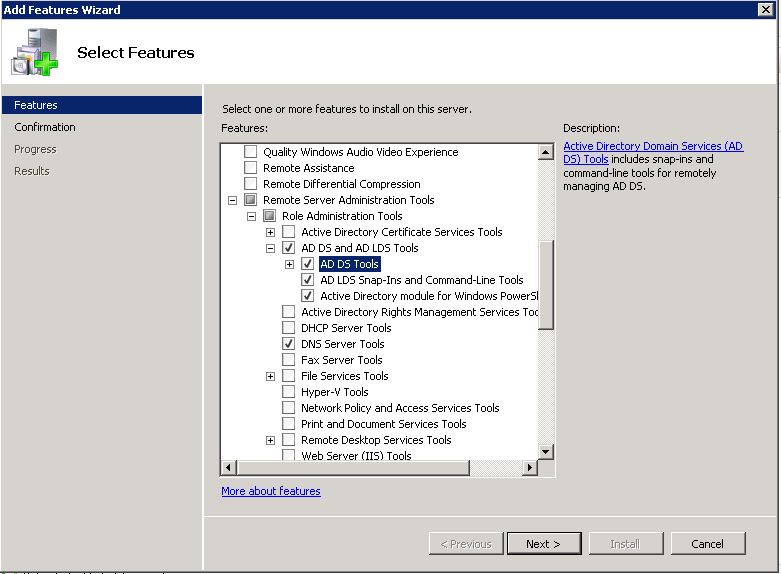 Once completed, you will find the regular applications accessible from the Start Menu under Administrative Tools. From here on, you can manage user, groups, and organizational units (OUs) in your Active Directory. 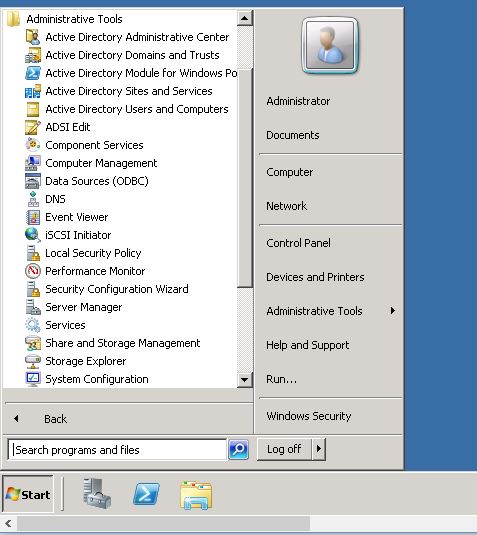 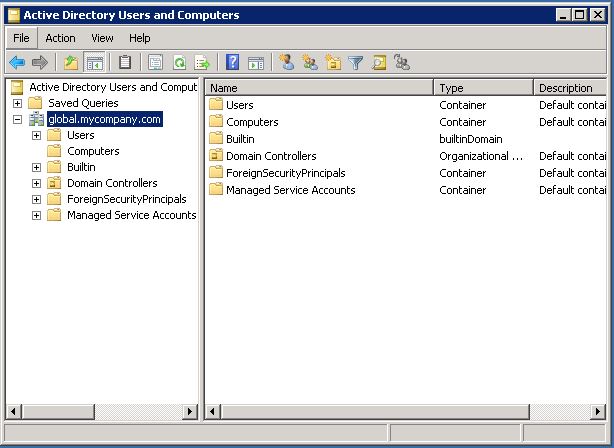 The process of joining to AWS Simple AD remains the same for other Windows servers in your VPC.

Perhaps one of the selling points of Simple AD is that it can serve as a central directory for both Windows and Linux servers. This makes it simpler for Linux based users and services. AD users can connect to the Linux instance with their existing credentials. There is no need to create extra user accounts or SSH keys.This feature is applicable for specific newer versions of Linux though:

This means you can’t join your existing instances of Ubuntu 12 or RHEL 6.x to a Simple AD.

Companies may feel reluctant to move to a managed directory service for a few typical reasons:

Simple AD can provide some excellent value depending on your goals and objectives. Here are some use cases: