Docker containers are known for bringing a level of ease and portability to the process of developing and deploying applications. Where developers have embraced them for development and testing, enterprise DevOps professionals consider container technologies like Docker to be a strategic path toward faster time to production and cloud-native applications.
Now is a great time for teams to explore the potential of containers. Both Docker and DC/OS parent Mesosphere have recently announced their native support of Kubernetes for container orchestration. Using these tools, you can quickly and predictably deploy your applications, scale applications to meet demand, roll out updates with zero downtime, and utilize the underlying hardware more efficiently. The container orchestration engine you choose can run in any cloud or on-premises, giving you the flexibility to migrate or leverage multiple clouds.

Our Hands-on Labs are a great way to get comfortable using containers before deploying them in your own environment. Start with our beginner-level labs to launch your first Docker container in AWS or Azure. Next, practice using Docker for development and testing. Then, use Marathon to deploy Docker containers on DC/OS. Finally, practice managing clusters using Kubernetes and Docker Swarm.

Get started with Docker on AWS and Azure

In this first series of Hands-on Labs, you’ll be able to try Docker using AWS (Linux) or Microsoft Azure in Windows and Linux. We will guide you through the process of setting up Docker, running your first Docker container, and creating your first Docker images and files.

Getting Started with Docker on Linux for AWS 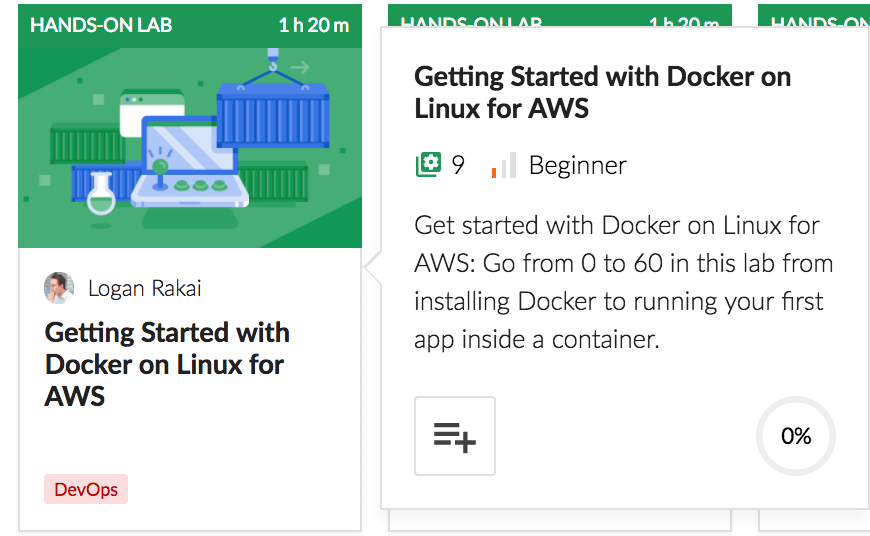 Getting Started with Docker on Windows 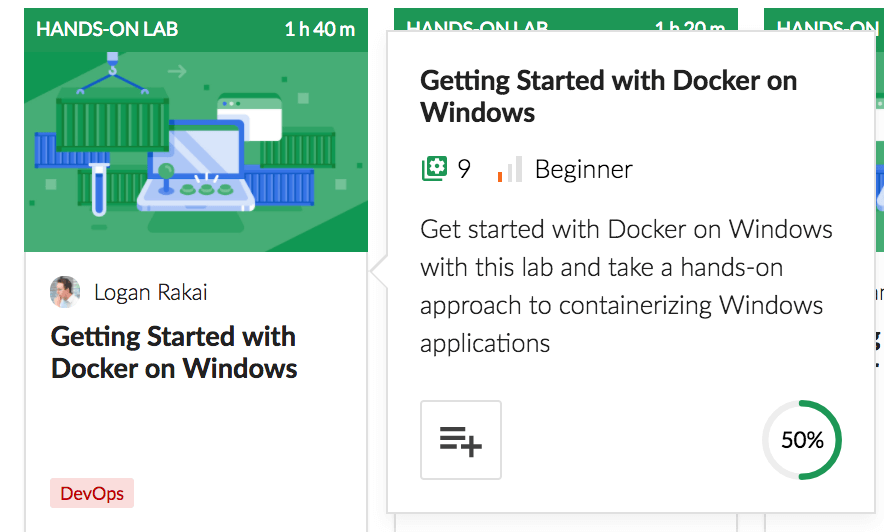 Getting Started with Docker on Linux for Azure 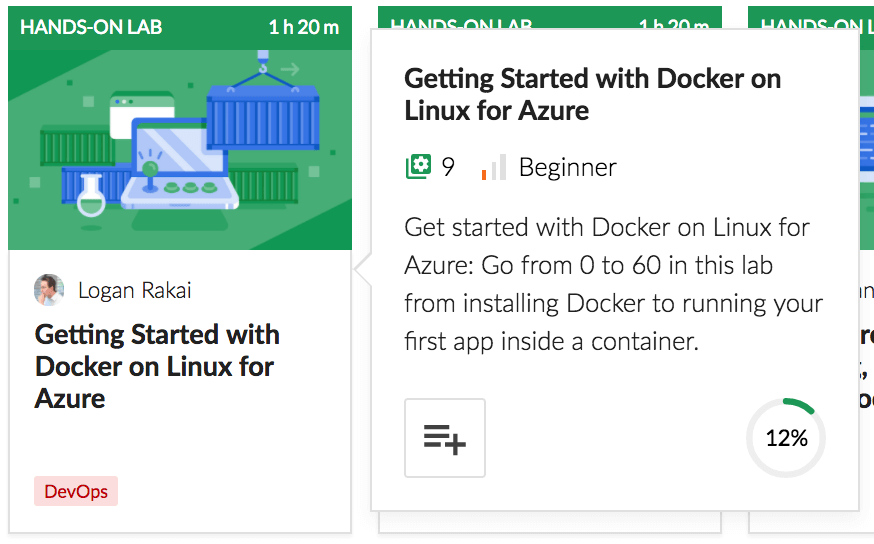 In this lab, you will learn how you can use Docker to simplify your software processes during development, test, and delivery. We’ll containerize an existing application, use Docker Compose to create a multi-container environment, create a Docker Registry, and release updates to the production environment. 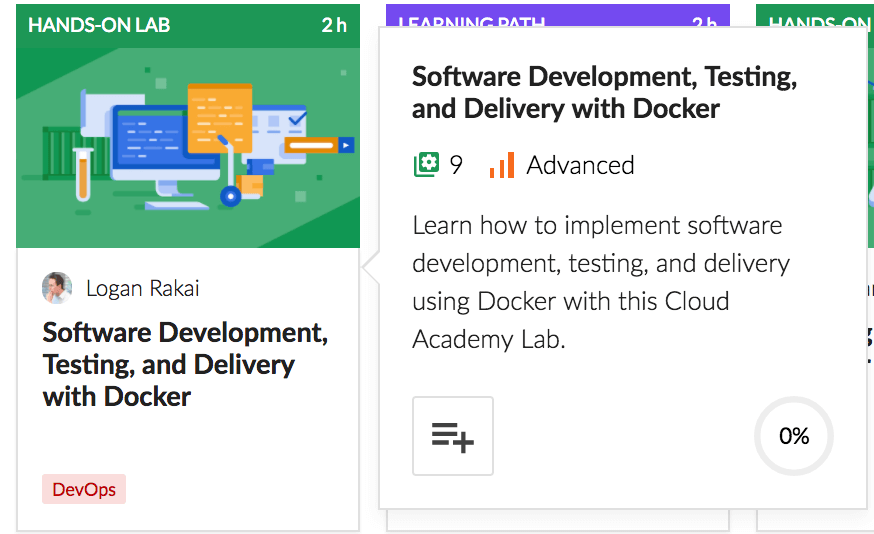 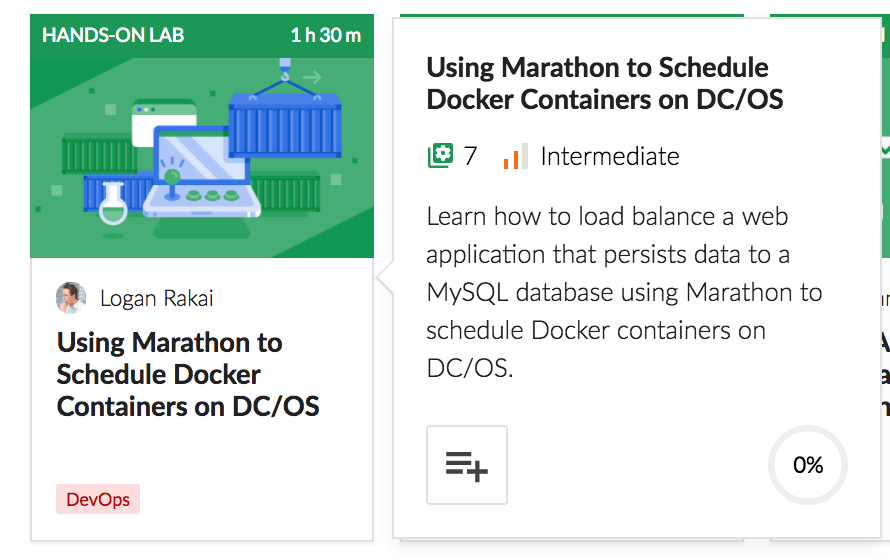 Docker Swarm allows developers to build and ship multi-container distributed applications. You’ll start with a pre-created cluster that is Swarm-ready and use Swarm to manage it, learning the common commands and capabilities. We’ll show you how to use Docker Stack to deploy multi-service applications to your Swarm. 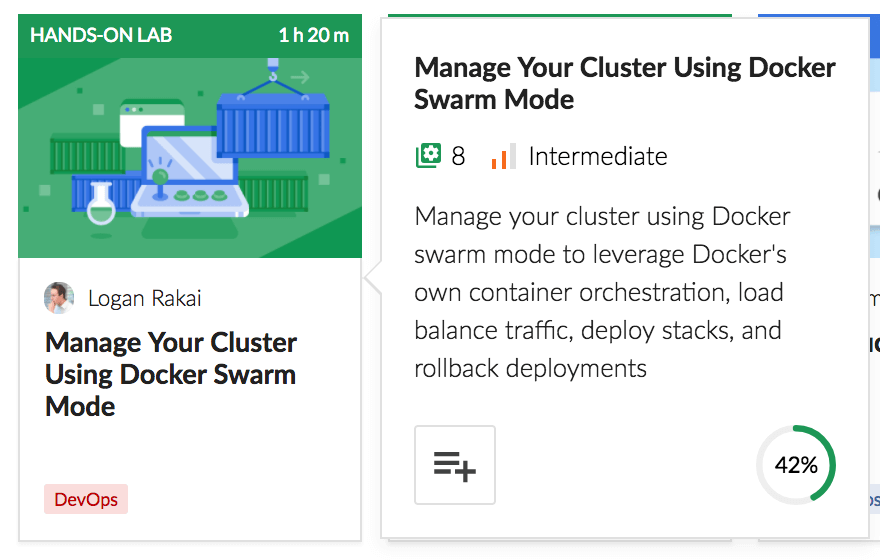 Deploy a Stateless Application in a Kubernetes Cluster (Enterprise Lab)

With Kubernetes, you can automatically deploy, scale, rollout updates, rollback, and recover container applications. In this Lab, you will learn how to deploy a stateless application in a Kubernetes cluster that you build from the ground up using Linux virtual machines. 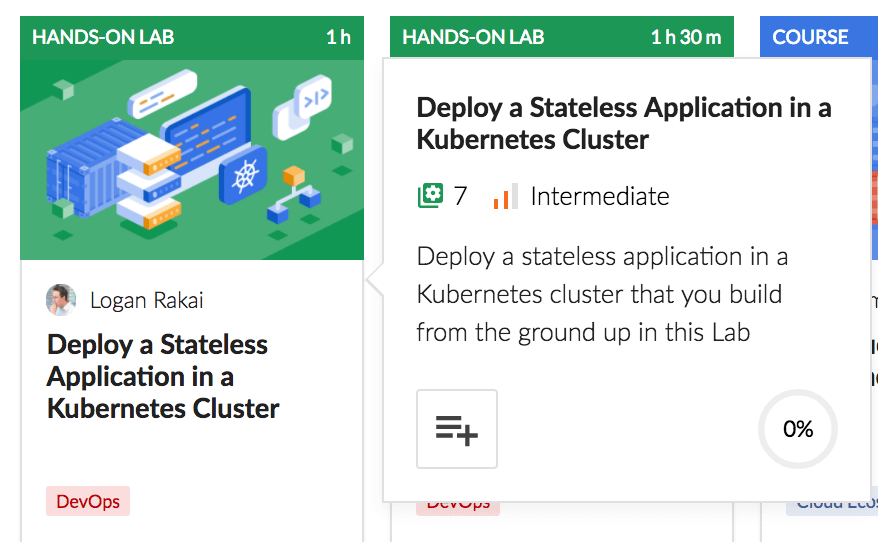 Deploy a Stateful Application in a Kubernetes Cluster (Enterprise Lab) 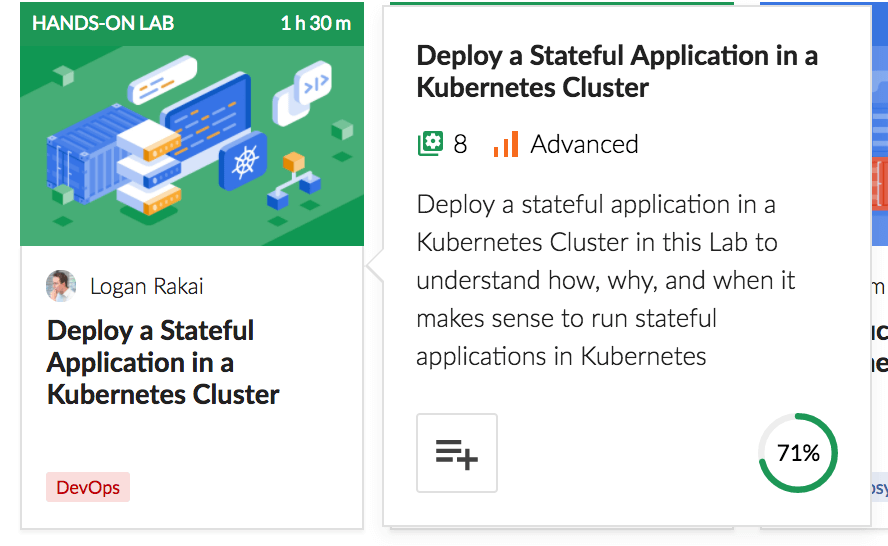