Security has been a friction point when discussing DevOps. This stems from the assumption that DevOps teams move too fast to handle security concerns. This makes sense if Information Security (InfoSec) is separate from the DevOps value stream, or if development velocity exceeds the bandwidth for existing manual InfoSec processes. However, DevSecOps is a methodology that offers a different take by thinking about application and infrastructure security from the very beginning.

In this article, we’ll look at how teams can secure their DevOps environments with the DevSecOps methodology and provide training materials that will help you secure your applications and environments. If you aren’t already familiar with DevOps, AGILE, and continuous delivery/continuous integration, the Cloud Academy Playbook provides an ideal start point for any team looking to quickly absorb and get started using the fundamental practices. 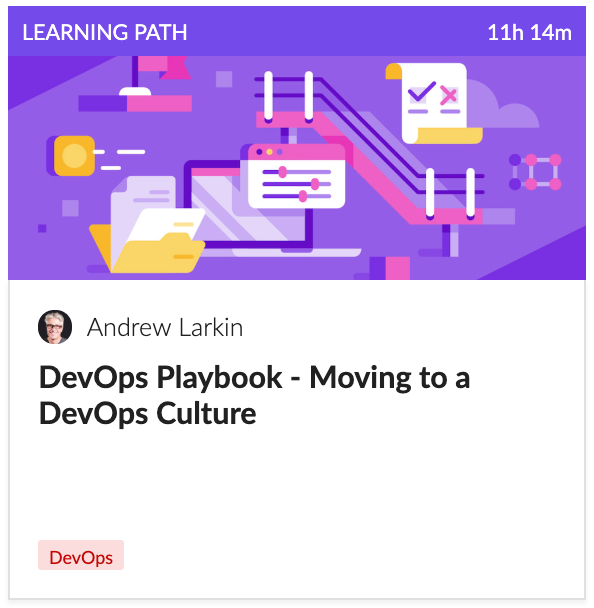 Automation changes the relationship between developers and InfoSec. Previously, InfoSec tests were performed manually at the end of the process. DevSecOps shifts those checks to earlier in the process and moves from individual to shared responsibility. Adopting automation enables teams to add more checks for run-time security concerns and downstream compliance and auditing scenarios.

There are actions teams may take regardless of their DevSecOps maturity. First, integrate different forms of static analysis in the deployment pipeline. If nothing else, take this away from this article since it will increase the security of your system with minimal effort.

There are multiple off-the-shelf tools in this area. Find one that fits your infrastructure and use it. Then, you can focus on larger goals. The next objectives may be:

Securing your system does not end with automation. You also must reconsider your architecture.

Consider the sensitive parts of your system. This includes the data itself, especially if you have personal identifiable informational (PII), bits like connection strings, or usernames and passwords, admin systems, and even the deployment pipeline itself. How can you increase security in these areas?

You should secure sensitive information such as certificates, API keys, and passwords using something like Vault from Hashicorp. This is a step from passing sensitive information via environment variables. Vault is an enterprise-grade solution that supports different access control methods and even secret rotation.

You plan to rotate your secrets, right?

The same thought process applies to your infrastructure and deployment systems. Your infrastructure should be protected by time-sensitive access tokens limited to the necessary privileges (e.g., whitelist instead of backlist). The same is true of your deployment pipeline itself. If you wrote an API to support a ChatOps style workflow, then how is that secured? A typical setup involves calling /deploy from Slack but that doesn’t prevent an attacker taking a computer and simply typing that into Slack. Operations should be confirmed with multi-factor authentication. It’s easier to add these access control mechanisms into your workflow sooner rather than later, so keep that in mind.

You also need to adopt a more verbose logging strategy. Log all production events from the system itself and the supporting control systems (like application deploys or infrastructure updates). Include who and what with all events. It’s even better if log entries point to commits in version control. This information is vital in a security related post-mortem, future audit, or compliance check.

Also consider the data consumed and produced by your system. This is where regulations such as the GDPR interact with software architecture. First, take the necessary steps to encrypt data at rest. This mitigates the risks that compromised data is useful to a third party. Services such as Amazon S3 offer this functionality. Look for this feature in components added to your infrastructure. These components must fit into your general data retention strategy. You’ll need to consider how long to keep data around for, a strategy for purging it in case of a user request (i.e., the GDPR use case), and a way to tokenize all personal identifiable information.

DevOps teams are well suited to adapt to changing requirements. Use that strength. Your environments are built with automation and Infrastructure as Code. That means you can accurately reproduce your environment at any point in time time for auditing, compliance, or verification. You can also leverage the same skills to separate out infrastructure with different security requirements. Systems that handle with financial data may be put into separate networks and deployed like any other system. Your team can stay on top of security by writing evil user stories. Attackers are users too, right?

These ideas don’t mean much in practice if you don’t have the skills to implement them. Cloud Academy has the courses to help you secure your applications and environments. GDPR and similar regulations will only become more important (we haven’t seen anything until such regulation comes to the U.S.). It’s in your and your organization’s best interest to stay ahead of the curve. Cloud Academy has an entire learning path dedicated to automating and implementing GDPR on AWS.

Access key, permissions, and multi-factor confirmation are critical components to a secure environment. The AWS Access Key and Secret Management Learning Path demystifies the all important IAM service and options for secret management using AWS services. Students will learn how to implement the access controls described in this article. Cloud Academy also offers a special course, developed in partnership with Hashicorp, on Vault if you want to implement the secret handling described in this post.

Cloud Academy’s library offers something for dedicated InfoSec engineers too. The Azure and AWS Learning Paths teach you how to take advantage of built-in security features and services that enable strong security practices that protect your cloud applications.

DevOps and security are continuous. There is no end state. This approach only works in a culture of shared responsibility. Aaron McKeown, Head of Security Engineering at Xero, along with Stuart Scott, AWS Lead at Cloud Academy, discuss this exact topic in The Shared Responsibility Model: Best Practices for Building a Culture of Security. Stuart and Aaron offer advice on developing and implementing a security program that encourages developers innovate in security enabled teams.

Changing the culture comes with a left shift on security. Mark Andersen, Director of DevOps at Capital One, and Jessica Clark, Scrum Master at Capital One Auto Finance discuss the reality in a recent webinar.

If you are considering the AWS Certified Security Speciality exam, then you want to watch this webinar. Andy Larkin, Head of Content at Cloud Academy, and Stuart Scott, AWS Lead, discuss how to pass the exam and leverage AWS security services in the Cloud Academy Talk: AWS Security Specialist Certification and Beyond webinar.